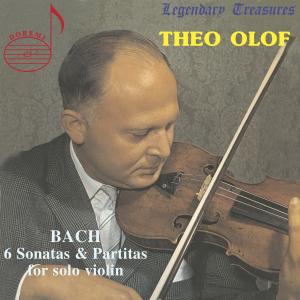 Theo Olof - Theo Olof, Vol. 1: Bach Sonatas & Partitas (2019)
WEB FLAC (tracks) | Tracks: 31 | 131:54 min | 649 MB
Style: Classical | Label: DOREMI
This release is the first volume in the DOREMI series of Theo Olof recordings. Theo Olof was born in Bonn, Germany on May 5, 1924. The family fled Nazi Germany in 1933 and settled in Holland. At age 11, young Theo made a solo appearance with the Concertgebouw Orchestra under Bruno Walter. In 1951 he became a prizewinner of the International Queen Elisabeth Violin Competition in Brussels and was appointed as co-leader of the Hague Philharmonic Orchestra. From 1974 and until 1985, he was the leader of the Concertgebouw Orchestra. Alongside his position in the orchestra, Olof was successfully active as a soloist, chamber musician and a teacher.
Details

For her first solo album with ATMA Classique, the celebrated Canadian soprano Hélène Brunet has chosen baroque and classical arias that have always been part of her life and for which she feels a deep affinity. Under the direction of Eric Milnes, the period ensemble L'Harmonie des saisons accompanies her in this program featuring music by Bach Handel, Vivaldi, Mozart and Leonardo Vinci, whose two arias are recorded here as world premieres. I remember being completely enamored, at fifteen, with Vivaldis famous aria Nulla in mundo pax sincera, attempting head voice singing for the first time and discovering the peculiar lightheaded effects of this new vocal technique. 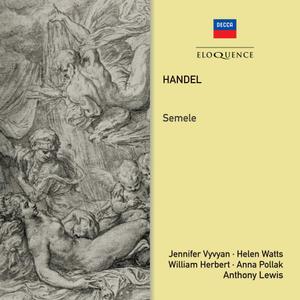 Jennifer Vyvyan is the star of Handel’s Semele in an early recording of the opera conducted by Anthony Lewis and recorded for L’Oiseau-Lyre in 1956; this pioneering Handel recording of the 1950s in a new digital remastering, released on Decca CD for the first time. 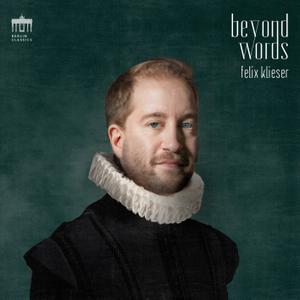 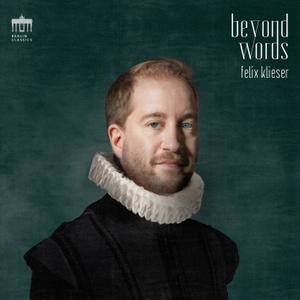 Felix Klieser, on his new album Beyond Words, focuses on the language of music, the stories that it tells – all without any words at all. He places the emphasis on the images that arise before our mind’s eye when listening to the music, on the emotions triggered by the music. For Beyond Words the hornist has chosen various arias by Bach, Vivaldi, Handel and Gluck, each of which describes the various, self-contained musical worlds they encompass in a very individual manner. 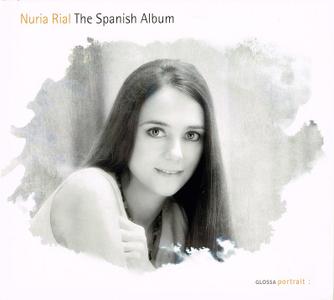 The last decade or so has seen the blossoming of a new generation of vocal talents from Spain, many of whom have been expressing their art through early music. A leading figure in this artistic array has been the soprano Nuria Rial, a singer blessed with an unaffected declamatory style, sweet and yet intimate in its emotional charm. In recent years the career of Rial has seen her tackle with success music by Bach, Handel, Mozart, Haydn, as well as Pergolesi and much Italian seicento repertoire. This newly-prepared Glossa album turns the clock back to collect together recordings made by the fresh voice of the Catalonian soprano in the years immediately following her studies at the Musik-Akademie in Basel. 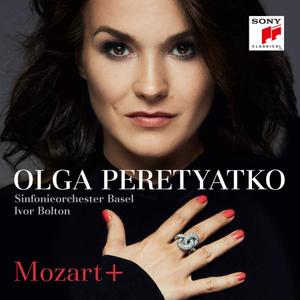 Mozart+ is an exceptional selection of some of the most beautiful concert and opera arias by W.A. Mozart as well as discoveries of largely unknown arias from operas by Tommaso Traetta, Giovanni Paisiello and Vicente Martín y Soler, reflecting the exchange of musical ideas between Mozart and his contemporaries and getting these three composers out of Mozart's shadow. 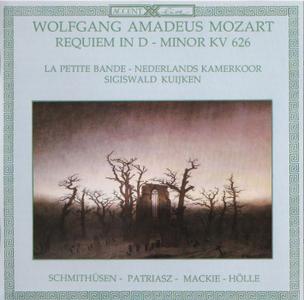 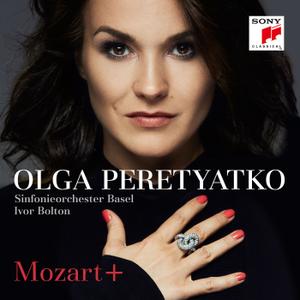 Olga Peretyatko - Mozart+ (2019)
FLAC (tracks) 24-bit/96 kHz | Time - 59:51 minutes | 1.00 GB
Studio Master, Official Digital Download | Artwork: Digital Booklet
Mozart+ is an exceptional selection of some of the most beautiful concert and opera arias by W.A. Mozart as well as discoveries of largely unknown arias from operas by Tommaso Traetta, Giovanni Paisiello and Vicente Martín y Soler, reflecting the exchange of musical ideas between Mozart and his contemporaries and getting these three composers out of Mozart's shadow.
Details 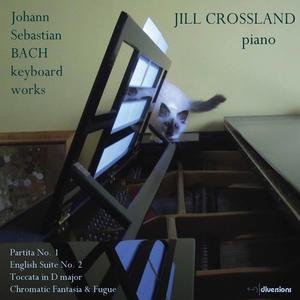 Jill Crossland - J.S. Bach: Keyboard Works (2021)
FLAC tracks | 75:07 | 247 Mb
Genre: Classical / Label: Divine Art
The four works on this disc exemplify the two sides of Bach’s compositional journey – a continual experimentation, aggregation and integration of different European styles, and the evolution of an entirely personal synthesis. Little more need be said here about Johann Sebastian Bach or his music!Jill Crossland is from West Yorkshire and studied at the Royal Northern College of Music, and later in Vienna with Paul Badura-Skoda and Sally Sargent. She now pursues an active concert and recording career.Jill has played regularly on the South Bank and at the Wigmore Hall in London and at the Sage Gateshead; her appearances have also included Bridgewater Hall, St George’s Bristol, the Leipzig Gewandhaus, Vienna Musikverein, Vienna Konzerthaus, Cadogan and Fairfield Halls and the National Concert Hall, Dublin. She has been a member of the Arts Council England Musicians in Residence scheme, and she has appeared on radio and TV, including live and recorded broadcasts on BBC Radios 3 and 4 and has featured in the Classic FM Hall of Fame.
Details