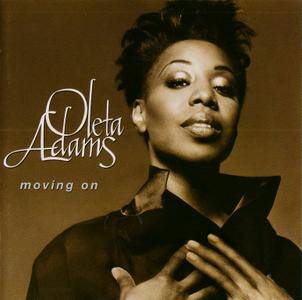 Moving On is Oleta Adams' most straightforward and mainstream release to date. Considering that she is working with Whitney Houston and Mariah Carey's producers (Rich & Friedman and Vassal Benford, respectively), the shift in sound shouldn't come as much of a surprise. What is a surprise is how well Adams' subtle voice works in this setting, adding extra textures to the subdued arrangements. Unfortunately, that can't compensate for inconsistent material, but Moving On remains a fine contemporary soul record. 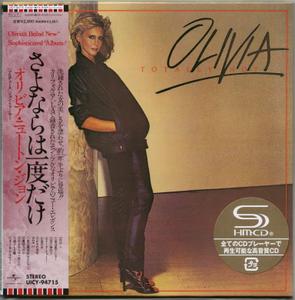 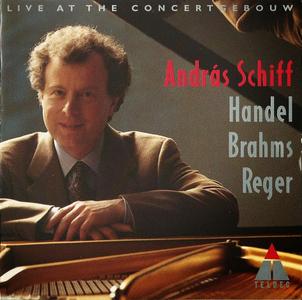 Here, together with a Schumann recital (see page 126) are the first fruits of Andras Schiff's new Teldec contract; a live recital taken from the prestigious series, ''Meesterpianisten'' in Amsterdam. I wish I could be more enthusiastic about such a debut, for Schiff is unquestionably among the most gifted and mercurial musicians of our time; a 'masterpianist' indeed. His programme, too, is exemplary with Handel's theme heard again in Brahms's Handel Variations and with Reger's massive Bach Variations as a daunting and enterprising close. 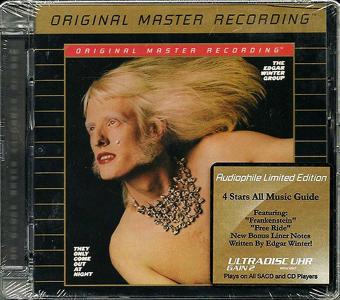 While this album will forever be remembered for spawning the huge hit singles "Frankenstein" and "Free Ride," there's plenty more to appreciate on this stellar release. From "the other single," "Hangin' Around," to the pretty melodies of "Round & Around" and "Autumn," the set collects ten outstanding cuts, played with fervor by Edgar Winter, Chuck Ruff, Dan Hartman, Randy Jo Hobbs, and Ronnie Montrose, along with guest artist/producer Rick Derringer. The "party" feel of "We All Had a Real Good Time" and the singalong "Alta Mira" only add to this already red-hot mix, making They Only Come Out at Night the album Winter will always be remembered for. 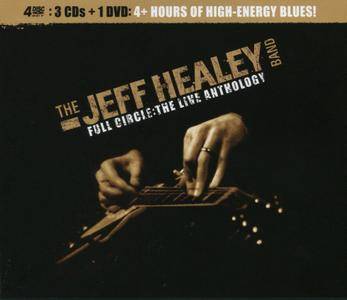 Jeff Healey was an astounding and varied talent as a singer, guitarist, and, later in his career, as a trumpet player, and it's difficult to imagine an artist quite like him. Blind from eye cancer since the age of one, he drew attention as a maverick guitar player (he played his Stratocaster on his lap, which allowed him to attack and bend the strings in a totally unique style; at his best, he roared and soared as well as anybody ever has on the instrument). This four-disc set (three CDs and a DVD) features Healey and his crackerjack band live in three separate concerts, and it makes clear what a powerful and empowering performer he was on-stage. The first disc catches the Jeff Healey Band blazing through an 11-song set at the 1989 Montreal Jazz Festival, with the second disc capturing a set from the St. Gallen Open Air Festival in Switzerland from 1991 (the performance was filmed and makes up the DVD included here), and the third disc presents a 1995 stage set from the Hard Rock in Toronto. 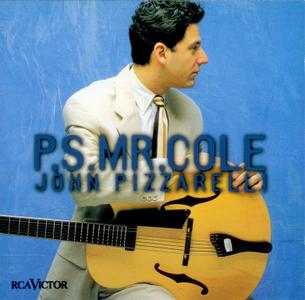 Nat "King" Cole's piano trio has been an inspiration for many of today's young lions: from Diana Krall to this talented vocalist-guitarist, John Pizzarelli. Taking his cue from the fleet-fingered dexterity of Cole's guitar ace Oscar Moore, Pizzarelli combines economical licks with wispy, Chet Baker-like vocalism's on this candlelight tribute consisting of Cole-associated songs, accompanied by bassist brother Martin Pizzarelli and pianist Ray Kennedy. The tunes are sung and swung with reverence and rhythm: the easygoing "Walkin' My Baby Back Home," the furious, foot-stomping standard "Indiana," the plaintive ballad "I Love You for Sentimental Reasons," and the devilish and demure, "Don't Let It Go to Your Head." With the toe-tapping original composition "That's Nat," cowritten by Pizzarelli and Kennedy, Nat King Cole's intimate ballads and pre-bebop instrumentals are brought to a new generation with the leader's own tender and terrific talents. 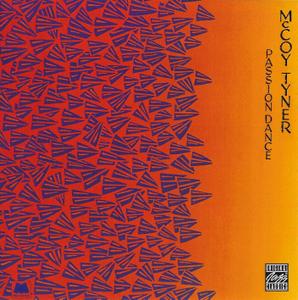 R.I.P. Alfred McCoy Tyner
(1938-12-11 – 2020-03-06)
"Passion Dance" is a 1978 live album by the jazz pianist McCoy Tyner, his fourteenth release on the Milestone label. It was recorded in July 1978 at the Live Under the Sky festival in Tokyo, Japan and features predominantly solo performances by Tyner, with two tracks including Tony Williams and Ron Carter. A second album from this concert, "Counterpoints", was released in 2004.
Details 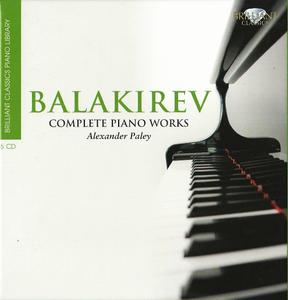 If you're already a fan of Russian music of the Imperial Age, you already know at least the name Mily Balakirev, the living link between Glinka, the father of Russian music, and Mussorgsky, Borodin, and Rimsky-Korsakov, the composer who sacrificed much of his composing time to his pupils and part of his life to his insanity, but who nevertheless turned out indubitable masterpieces in several genres. The First Symphony and the symphonic poem Tamara are probably his best-known orchestral works, but his best-known single work in any genre is certainly his Islamy, the piece of pseudo-ethnic, super-virtuoso sex-dance music that Russian pianists still occasionally trot out as an encore. 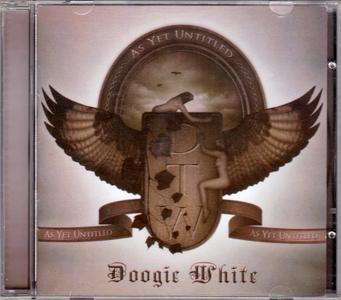 "Doogie" White is a Scottish rock vocalist. White currently sings for La Paz and Michael Schenker Fest. He has also notably sung for Ritchie Blackmore's Rainbow, Yngwie Malmsteen's Rising Force, Praying Mantis and Tank. Doogie White is one of the most talented and respected rock vocalists in the UK and beyond. His studio and live work with guitar and rock legends Ritchie Blackmore in Rainbow and Yngwie Malmsteen in Rising Force is well known and highly regarded by the fans and the bands alike. Doogie White released his first solo album through Metal Mind Records in October 2011. The album called “As Yet Untitled”, is a collection of 10 dramatic and hard hitting rock songs co- written by White and some good friends he has made over his years in rock music. 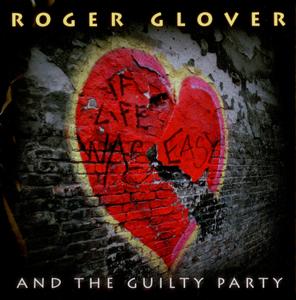 As a longtime member of one of the groups that helped create heavy metal (Deep Purple, for the uninitiated), it's understandable to expect a solo outing by bassist Roger Glover to be geared toward headbangers. But as evidenced by his fifth solo album overall, 2011's If Life Was Easy, Glover has opted to follow a bluesier, roots rocky path. Which is understandable, because the whole point of doing a solo album should be to step out from under Purple's high-decibel shadow. As a case in point, a pair of tunes feature Glover's daughter Gillian Glover on vocals: "Set Your Imagination Free" and "Get Away (Can't Let You)," with the former falling in "ballad" category while the latter is a blues-rocker with blaring horn work.