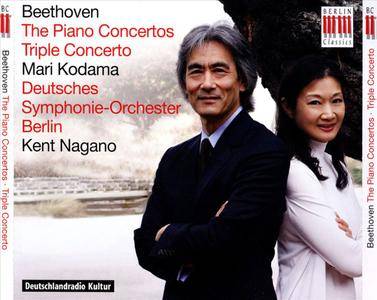 Passionate, dramatic, yet poetic and richly nuanced Mari Kodama brings all these qualities to her interpretation of Beethovens Complete Piano Concertos. This exceptional recording with the Deutsches Symphonie Orchester Berlin shines with extraordinary intensity and contrast, due in no small measure to the artistic bond between Mari Kodama and her husband, the conductor Kent Nagano. Beethovens Piano Concertos are undoubtedly amongst the most influential works in the history of music. Art demands of us that we shall not stand still, the composer once wrote, placing the idea of development at the heart of his music. His five piano concertos saw Beethoven take piano music out of the salon and into the concert hall, playing a crucial role in advancing the genre towards the symphony, whilst simultaneously creating a bridge from the First Viennese School to the Romantic period. Mari Kodama, whose virtuosic mastery of the piano made her a household name all over the world, has completed the Beethoven Piano Concerto Cycle with her husband Kent Nagano, the international star conductor. 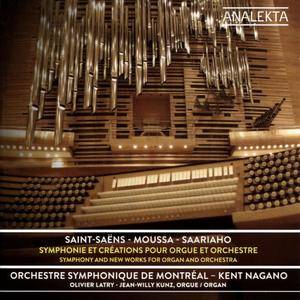 Camille Saint-Saëns, Kaija Saariaho, Samy Moussa (2015)
Symphony and New Works for Organ and Orchestra
Orchestre Symphonique de Montréal; Kent Nagano, conductor
Olivier Latry, organ; Jean-Willy Kunz, organ
EAC | FLAC | Image (Cue&Log) ~ 280 Mb | Mp3 (CBR320) ~ 154 Mb | Artwork included
Genre: Classical | Label: Analekta | # AN 2 8779 | Time: 01:06:28
This album is the recording of the inaugural concert of the Grand Orgue Pierre-Béique at the Maison Symphonique in Montreal. For grandeur, majesty and sheer tonal opulence, few symphonies can stand beside the Third Symphony of Saint-Saëns. The prominent contribution from the organ, the “King of Instruments,” provides an additional measure of imposing sonority to the work. The entire symphony is based on the principle of continual transformation of a “motto” theme. This theme makes its first full appearance in the restless series of short detached notes in the violins, following the slow, mysterious introduction. The attentive ear will pick out this theme in its rhythmic and coloristic metamorphoses throughout the symphony – at varying times flowing and lyrical, detached and fragmented, broad and noble, or agitated and restless. Olivier Latry is organist at Notre-Dame Cathedral in Paris and organ professor at the Paris Conservatory. His appointment to France’s premier cathedral in 1985 at the age of 23 propelled him onto the international scene: he has appeared in more than 50 countries and on all five continents, as a recitalist or with orchestra.
Details 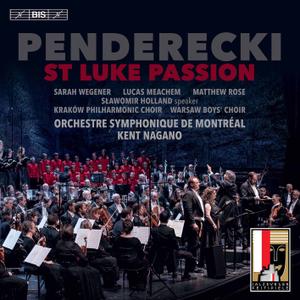 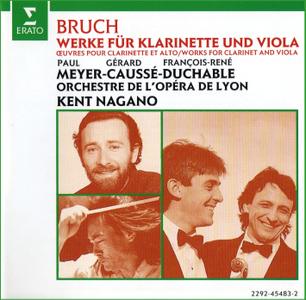 For two consecutive years listeners to Classic FM have voted Max Bruch’s First Violin Concerto their favourite among 300 classical works. His melodies have instant appeal and it is good to see three comparative rarities on this disc. Bruch loved alto-register instruments such as the clarinet and viola, and he wrote these works in 1911 when giant leaps were taking place in the development of music, all of which he eschewed in favour of mid-19th-century Romanticism. While the clarinet rides orchestral accompaniment with no difficulty, the viola sits right in the middle and can be drowned (a hazard in performing the Double Concerto but avoided in the recording studio). The viola Romance is a gem, while the Eight Pieces are colourful and varied. All the performers do ample justice to this beautiful and unashamedly Romantic music. 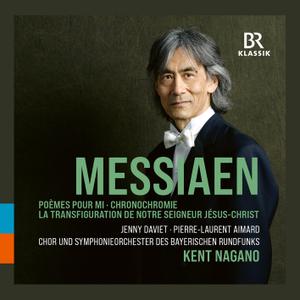 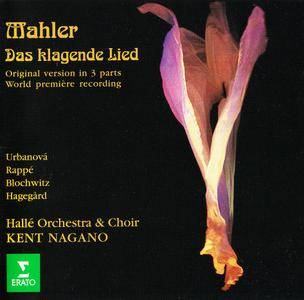 This unbelievably exciting record is actually a Mahler world premiere! Das klagende Lied was Mahler's first great work–he was only 18 when he wrote it–but he later removed its first part and extensively revised the remaining two. The original versions of the second two parts, then, have never been performed until their release in 1997 as part of the new critical edition. The music is, as might be expected, less polished than the revision, but it's also wilder and even more powerful in many respects. Hopefully it will gain new attention for this neglected but totally characteristic work. This performance is nothing short of spectacular, and makes the best possible case for Mahler's original thoughts. 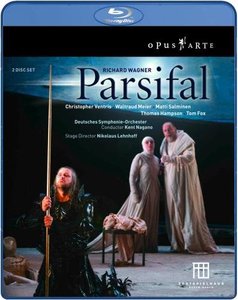 Ever since the world premiere of Parsifal at Bayreuth on 26th July 1882, the meaning of Richard Wagner's last opera has been widely discussed. Nikolaus Lehnhoff's visionary staging of this emotionally charged opera reveals a masterpiece of existential drama about human existence. Christopher Ventris and Waltraud Meier lead an inspired cast in a high definition recording in true surround sound. 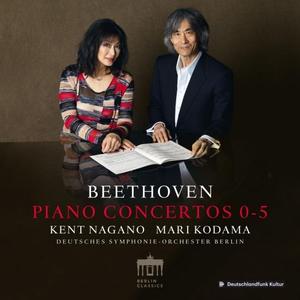 Mari Kodama, Kent Nagano & Deutsches Symphonie-Orchester Berlin - Beethoven- Piano Concertos 0-5 (2019)
WEB FLAC (Tracks) | Cover | 04:30:05 | 998 MB
Classical | Label: Berlin Classics
Together with the Berlin-based Deutsches Symphonie-Orchester (DSO) Mari Kodama and her husband Kent Nagano have now completed the recording of all of Beethoven's piano concertos by jumping, as it were, back in time twice: the last element of this recording series that has spanned more than 13 years was Beethoven's concerto "number nought" (WoO 4) – personally edited by Mari Kodama from the autograph score.
Details 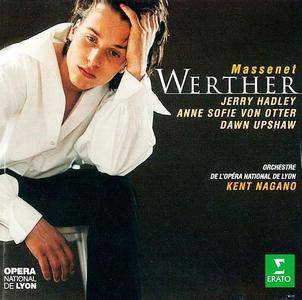 This is a worthy reading of one of Massenet's best scores, thoughtfully conducted by Kent Nagano. Anne Sofie von Otter combines intelligence and a beautiful voice with passion and conviction in the complicated character of Charlotte. Tenor Jerry Hadley is occasionally afflicted by a musical-theater tendency to croon but expresses most of the torments of the title role, while Dawn Upshaw makes a better-rounded character of Sophie than the average soubrette. 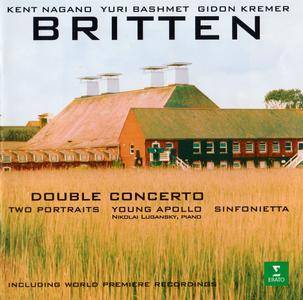 Kent Nagano and the Hallé continue to commit to CD less celebrated portions of the Britten canon. Last year there was the four-act Billy Budd; before that the premiere recording of a concert version of the radio drama The Rescue. Now come two more firsts, recordings of the Double Concerto - prepared from Britten's almost complete sketches by Colin Matthews and presented by Nagano at Aldeburgh in 1997 - and the Two Portraits from 1930. The second of these is a portrait of Britten himself, a surprisingly plaintive and reflective meditation for viola and strings in E minor. The image is belied by the rest of the music on the disc, which is buoyant, energetic, young man's music all written before Britten was 26. Big guns Kremer and Bashmet are brought in for the Double Concerto and give of their impassioned best. Nagano and the Hallé are appropriately spirited and vigorous throughout the disc. It's not mature Britten, but clearly points the way forward and is worth getting to know.