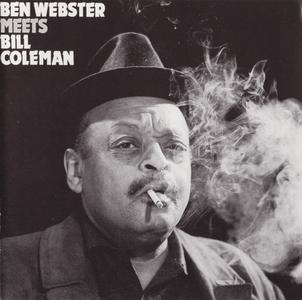 The U.S. jazz scene of the late '60s was dominated by such disparate artists as Miles Davis, John Coltrane, Ornette Coleman, Bill Evans, Stan Getz, Dave Brubeck, and others. The swing players from the '30s and '40s were out of vogue in America, but in Europe audiences still flocked to see them; hence this recording session features a British rhythm section backing tenor legend Ben Webster and trumpeter and singer Bill Coleman. 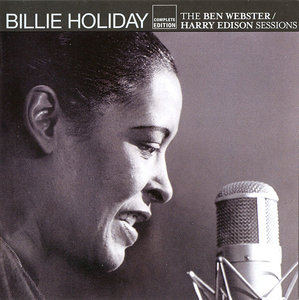 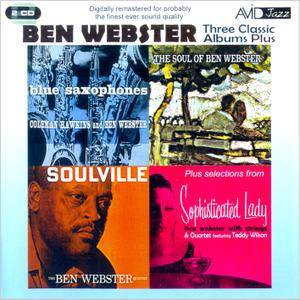 Ben Webster - Three Classic Albums Plus (2011) 2CD
'Blue Saxophones', 'Soulville', 'The Soul Of Ben Webster', selections from 'Sophisticated Lady'
EAC | FLAC | Tracks (Cue&Log) ~ 847 Mb | Mp3 (CBR320) ~ 258 Mb | Scans ~ 37 Mb | 02:36:41
Hard Bop, Mainstream Jazz, Cool, Swing | Label: Avid Jazz | # AMSC 1038
AVID Jazz here presents three classic Ben Webster albums plus including original LP liner notes on a finely re-mastered and low priced double CD. 'Blue Saxophones'… Take the Oscar Peterson Trio with Alvin Stoller on drums, add two of the greatest tenor saxophonists who ever lived, Coleman Hawkins and Ben Webster and voila… you have Blue Saxophones! Two masters together in 1957, one (Hawkins) a huge influence on the other (Webster), but now, both very much their own men. As the final paragraph of Charles Fox's liner notes attests 'This is tenor playing in the grandest of manners, unashamedly romantic, even sensuous, with both musicians constructing their solos firmly and audaciously'. 'Soulville'… Ben is once again joined by the Oscar Peterson Trio for another 1957 date. This time sitting in on drums is Stan Levey, in Bens own words 'he's improved since I heard him on the Street years ago.' Ben of course is a huge fan of Peterson…..'the guy can play a lot as a soloist but when it comes time for you to play a solo, he plays for you'. 'The Soul Of Ben Webster'… Here we find Ben joined by fellow tenor man Harold Ashby alongside among others Art Farmer on trumpet and Jimmy Jones on piano in a 1958 blowing date.
Details 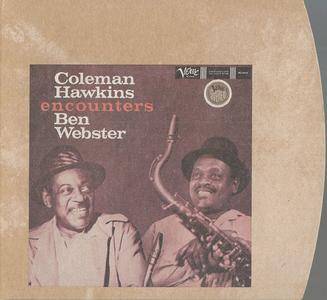 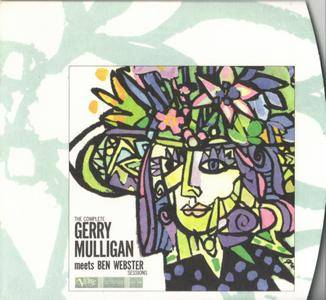 Although an earlier CD added five previously unissued tracks to the original LP Gerry Mulligan Meets Ben Webster, this Verve Master Edition two-CD set adds just about everything else recorded during the two sessions that produced the original record, and also features 20-bit sound. Even though Gerry Mulligan was outspoken against issuing material omitted from his original recordings, it is a treat to hear how the songs evolved in the studio. Webster and Mulligan seem mutually inspired throughout the sessions, and strong performances by pianist Jimmy Rowles, bassist Leroy Vinnegar, and drummer Mel Lewis are of considerable help. 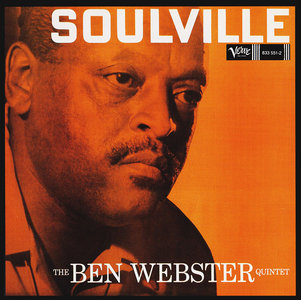 The by turns grizzled and vaporous-toned Webster really hit his stride on the Verve label. During a stretch from roughly 1953-1959, the Ellington alumnus showcased his supreme playing with both combos and string sections, swingers and ballads – and lurking beneath his blustery and hulking sound were solo lines brimming with sophistication and wit. This 1957 date with the Oscar Peterson Trio is one of the highlights of that golden '50s run. After starting off with two bluesy originals – the slow burning title track and gutsy "Late Date" – Webster gets to the heart of things on five wistful ballads: Here, his exquisitely sly "Makin' Whoopee" is only outdone by an incredibly nuanced "Where Are You." Providing sympathetic counterpoint, Peterson forgoes his usual pyrotechnics for some leisurely compact solos; his cohorts – guitarist Herb Ellis, bassist Ray Brown, and drummer Stan Levey – are equally assured and splendid. 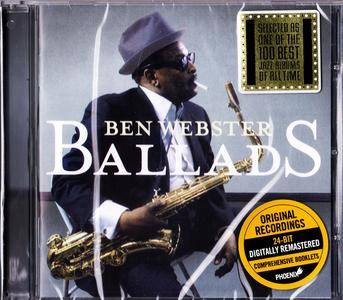 In the 1950s, tenor-saxophonist Ben Webster was at the peak of his powers. His musical personality really featured two separate emotions: harsh and tough on the faster pieces and surprisingly warm and tender on the ballads. Webster uses the latter voice throughout this two-LP set. On all but four of 20 selections, Ben is backed by a string section arranged by Ralph Burns (except for "Chelsea Bridge" which was arranged by Billy Strayhorn) and, although clarinetists Tony Scott and Jimmy Hamilton and pianists Teddy Wilson and Hank Jones are heard from, the focus is otherwise entirely on the great tenor. The final four numbers, which matches Webster with Wilson in a stringless quartet, also stick to ballads. Music that is both beautiful and creative. 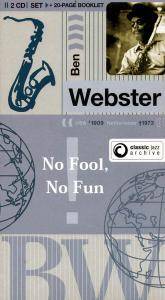 Ben Webster was considered one of the "big three" of swing tenors along with Coleman Hawkins (his main influence) and Lester Young. He had a tough, raspy, and brutal tone on stomps (with his own distinctive growls) yet on ballads he would turn into a pussy cat and play with warmth and sentiment. After violin lessons as a child, Webster learned how to play rudimentary piano (his neighbor Pete Johnson taught him to play blues). But after Budd Johnson showed him some basics on the saxophone, Webster played sax in the Young Family Band (which at the time included Lester Young). He had stints with Jap Allen and Blanche Calloway (making his recording debut with the latter) before joining Bennie Moten's Orchestra in time to be one of the stars on a classic session in 1932… 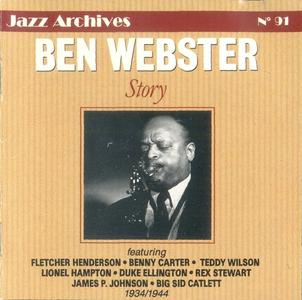 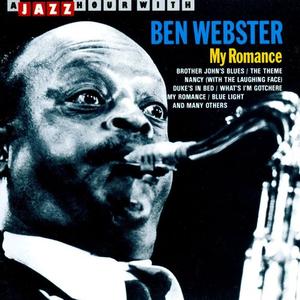