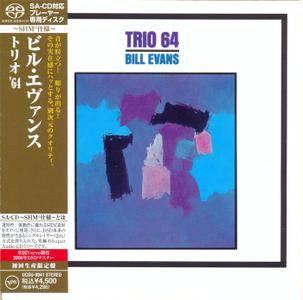 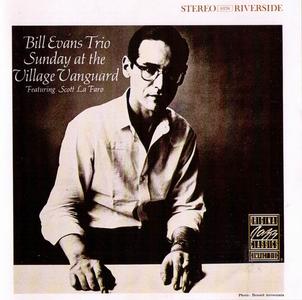 Sunday at the Village Vanguard is the initial volume of a mammoth recording session by the Bill Evans Trio, from June 25, 1961 at New York's Village Vanguard documenting Evans' first trio with bassist Scott LaFaro and drummer Paul Motian. Its companion volume is Waltz for Debby. This trio is still widely regarded as his finest, largely because of the symbiotic interplay between its members. Tragically, LaFaro was killed in an automobile accident ten days after this session was recorded, and Evans assembled the two packages a few months afterward. While "Waltz for Debby" - in retrospect - is seemingly a showcase for Evans' brilliant, subtle, and wide-ranging pianism, this volume becomes an homage, largely, to the genius and contribution of LaFaro… 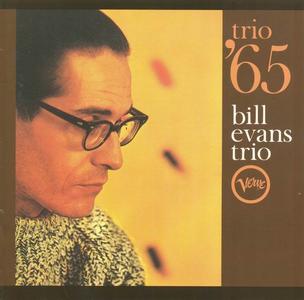 Although all eight of the selections heard on this Verve release have been recorded on other occasions by pianist Bill Evans, these renditions hold their own. Teamed up with bassist Chuck Israels and drummer Larry Bunker (his regular trio of 1963-1965), Evans plays definitive versions of such songs as Johnny Carisi's "Israel," "How My Heart Sings," "Who Can I Turn To," and "If You Could See Me Now." 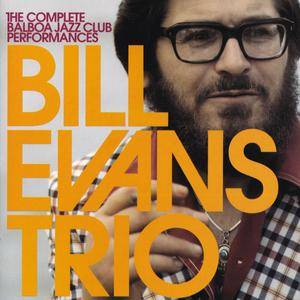 2008 digitally remastered two CD set featuring a superb performance by the last edition of the Bill Evans Trio. Less than a year before his death, Bill Evans traveled to Madrid, Spain, to play three nights at a small venue called the Balboa Jazz Club. One of those magic nights was recorded and appears here in its entirety. The music from the December 12, 1979 Balboa concert was privately recorded and the sound quality leaves much to be desired. However, the music has been reprocessed and sounds better here than on any previous release. 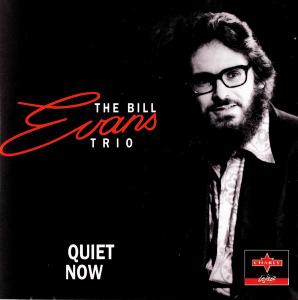 Quiet Now is an album by jazz pianist Bill Evans, recorded in 1969. It was released in 1981 on the Affinity label.
An aptly titled album from the Bill Evans Trio, Quiet Now is the jazz pianist at his most ambient and cerebral. Accompanied only by the minimalist rhythm section of bassist Eddie Gomez and drummer Marty Morell, Evans effortlessly deconstructs two pop standards, Harold Arlen's "Sleeping Bee" and his beloved "Autumn Leaves," a Johnny Mercer tune that he played seemingly hundreds of times, along with three of his own compositions and Miles Davis' "Nardis," a song Evans made his own through endless reintepretation over the course of many years. Morrel is a steady, unobtrusive drummer with a light touch and, happily, not much of a tendency to show off and even less to solo… 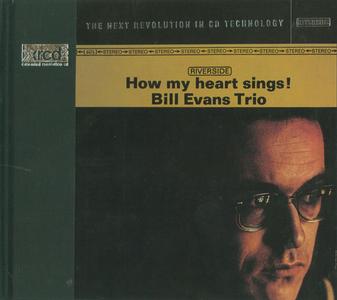 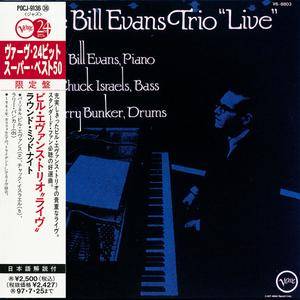 Originally released in 1971, Trio Live is a concert album featuring pianist Bill Evans and his trio performing at the Trident Club in Sausalito, California in 1964. Backing Evans at this time were bassist Chuck Israels and drummer Larry Bunker. This is laid-back date that finds Evans delving into a handful of jazz standards including such songs as "Someday My Prince Will Come," "How My Heart Sings," "What Kind of Fool Am I?", and others. Although by no means an essential release, ardent Evans fans will definitely want to check this out. 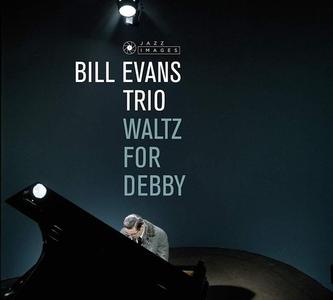 Bill Evans Trio - Waltz for Debby (1961/2019)
XLD Rip | FLAC (tracks+.cue, log) ~ 409.50 Mb | 01:17:46 | Covers
Post-Bop, Modal Music, Cool | Label: Jazz Images - 24747
Recorded at the Village Vanguard in 1961, shortly before Scott LaFaro's death, Waltz for Debby is the second album issued from that historic session, and the final one from that legendary trio that also contained drummer Paul Motian. While the Sunday at the Village Vanguard album focused on material where LaFaro soloed prominently, this is far more a portrait of the trio on those dates.
Details 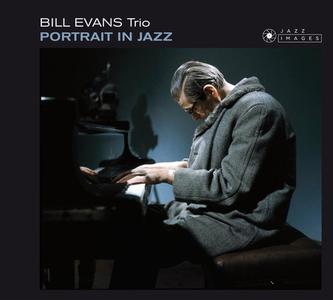 Bill Evans Trio - Portrait in Jazz (1959/2016) {Reissue, Remastered}
EAC Rip | FLAC (tracks+.cue, log) ~ 287.42 Mb | 52:28 | Scans included
Cool, Post-Bop | Label: Jazz Images - 38001
"Portrait in Jazz" (Riverside RLP12-315) was Bill Evans’ third album as a leader, following New Jazz Conceptions (1956) and Everybody Digs Bill Evans (1958). It was also Evans’ first LP with the talented bassist Scott LaFaro, who would tragically die in a car crash in 1961. This CD is completed by a different take of “Autumn Leaves”, which was issued on the Mono version of the LP, as well as by the original version of “Blue in Green”, recorded by Bill Evans with Miles Davis for the classic album "Kind of Blue".
Details 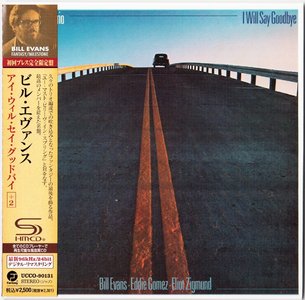 Cardboard sleeve (mini LP) reissue from Bill Evans featuring the high-fidelity SHM-CD format (compatible with standard CD players) and the latest 24bit/96kHz digital remastering. Comes with bonus track(s). Part of a 5-album Bill Evans SHM-CD cardboard sleeve reissue series featuring albums "I Will Say Goodbye," "Alone (Again)," "Intuition," "Re: Person I Knew," and "Jazzhouse." The title refers to the Michel Legrand piece performed twice on the date, and to the fact that pianist Bill Evans was on the verge of switching labels from Fantasy to Warner Bros.