Brian Setzer - 13 (2006) [Japanese SHM-CD 2009]
EAC Rip | FLAC Tracks+CUE+LOG - 345 MB | All JPG Covers - 48 MB | MP3 CBR 320 Kbps - 111 MB
Rock & Roll / Rockabilly | 48:29 mins | Label: Surfdog Records / Victor Entertaintment, Japan # VICP-70026
"13" is the thirteenth solo album from American musician Brian Setzer. It was released in 2006 on Surfdog Records, and contained the Japanese hit single "Back Streets Of Tokyo". Setzer had originally intended for the album to have one direction, or sound, but after thinking about how The Beatles' albums were so diverse, he decided to include many different styles on the album. Brian Setzer and Slim Jim Phantom, who appears on "Really Rockabilly", were both in the Stray Cats. "We Are The Marauders" was written by Brian Setzer for the rockabilly band The Marauders, who opened for the Brian Setzer Orchestra in 2006. The song appears on their self-titled album. This Japanese edition contains one bonus track.
Details 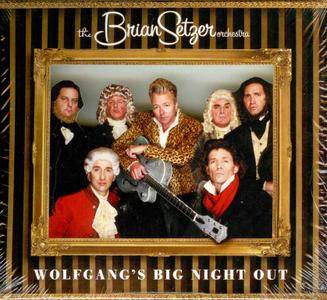 Brian Setzer reconvenes his big band for its first non-Christmas-related set since 2000's Vavoom! Here he rearranges well-known classical themes from Beethoven, Strauss, Mozart, Tchaikovsky, and others into Vegas-ized Rat Pack-era swing. It's a fun concept that buys the guitarist time by not having to compose new material, even though these arrangements, many of them quite complex, must have taken a while to construct. Setzer's well-received jump version of The Nutcracker Suite from 2002's Boogie Woogie Christmas probably got this ball rolling as Setzer digs the crazy classical beat with a dozen peppy selections that put his impressive guitar skills to use against finger-snapping horn charts. 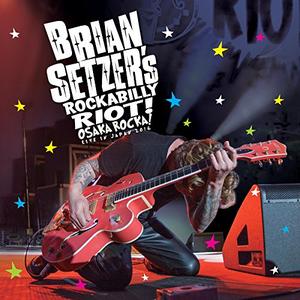 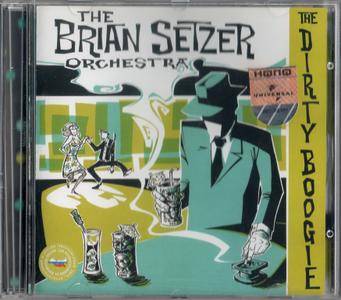 Evidently, Brian Setzer doesn't take the jump blues and swing of the Brian Setzer Orchestra as a joke. Dirty Boogie is his third album with his large band, and instead of sounding tired, the record is the group's best effort yet. Setzer rocks the band hard, tearing through blues and rock & roll covers with vigor, and delivering made-to-order originals that are surprisingly well crafted and memorable. Much attention will be paid to "You're the Boss," a cover of the Elvis Presley/Ann Margaret staple from Viva Las Vegas, performed as a duet with No Doubt's Gwen Stefani, but that's hardly the only highlight here – it's a swinging, rocking record that suggests Setzer's skills are only improving with time. The Brian Setzer Orchestra - Dig That Crazy Christmas (2019)
FLAC tracks | 00:44:44 | 276 Mb
Genre: Rockabilly, Big Band, Swing / Label: Surfdog Records
Following up on the success of their 2002 set Boogie Woogie Christmas, the Brian Setzer Orchestra get back in the spirit of the season this year with the release of a new holiday album and DVD. This Japanese pressing features 13 Christmas tracks including 'White Christmas', 'You're a Mean One Mr. Grinch', 'Let it Snow! Let it Snow! Let it Snow!', 'My Favorite Things', 'Jingle Bell Rock' and more, plus the earliest release and a bonus track. The set also includes the new Setzer tracks 'Hey Santa' and 'Santa Drives a Hot Rod'. Vap. 2005.
Details 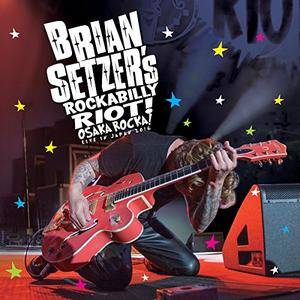 Brian Setzer's Rockabilly Riot! Live from the Planet compiles concert recordings Setzer made while on the Rockabilly Riot! tour in 2011 and 2012. Included are performances from such diverse locales as Japan, Sweden, Australia, and, of course, the United States… 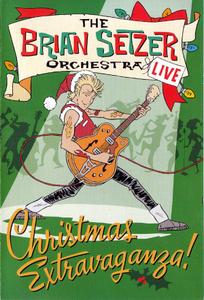 Brian Setzer is one of the leaders of the big-band swing revival, and this program presents a terrific one hour and 40-minute Christmas concert in its entirety, featuring fun hits like "This Cat's on a Hot Tin Roof", "Jump Jive an' Wail", and "Run Rudolph Run", plus behind the scenes b-roll footage, including a first-time look at Brian Setzer and his orchestrator composing a chart from scratch. Filmed December 18, 2004 at L.A's sold-out Universal Amphitheatre, its is easily the best video presentation of the Brian Setzer Orchestra ever. 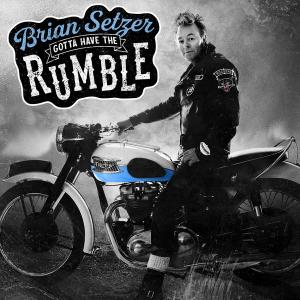 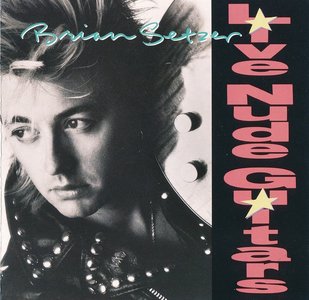 Brian Robert Setzer is an American guitarist, singer and songwriter. He first found widespread success in the early 1980s with the 1950s-style rockabilly revival group Stray Cats, and revitalized his career in the late 1990s with his Swing revival band, The Brian Setzer Orchestra. After the Stray Cats broke up, Brian Setzer took a long walk from his rockabilly past with his first solo album, 1986's The Knife Feels Like Justice, but while it was a fine LP and a modest success, later that year the Stray Cats reunited for the first of many times to record Rock Therapy, and by the time Setzer made his way back to the studio on his own, he'd seemingly grown tired of his new heartland rock gestures and dove back into the retro style that had made his name. While 1988's Live Nude Guitars leans toward rockabilly and uptempo roots rock…