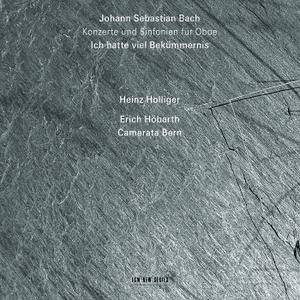 Heinz Holliger, Erich Höbarth, Camerata Bern - JS Bach: Ich hatte viel Bekümmernis -
- Konzerte und Sinfonien für Oboe (2011)
FLAC (tracks) 24-bit/44,1 kHz | Time - 59:03 minutes | 635 MB
Studio Master, Official Digital Download | Artwork: Digital booklet
A recording to delight all admirers of Bach and the baroque oboe and a wonderful account of Heinz Holliger’s interpretive genius as a player: for many, he is the world’s greatest oboist. Factor in the long-established relationship between the Camerata Bern and Holliger which permits a real group understanding, Erich Hobarth’s exemplary violin, and superb ECM sound and we have here a special event. Holliger has recorded prolifically for the New Series, but this is his first disc for the label since the 1997 “Zelenka” album to address core classical repertoire, and these very popular pieces will find a broad public response.
Details 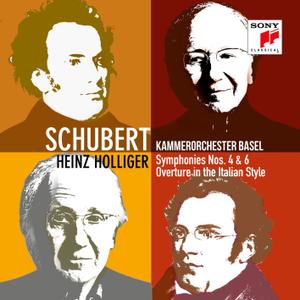 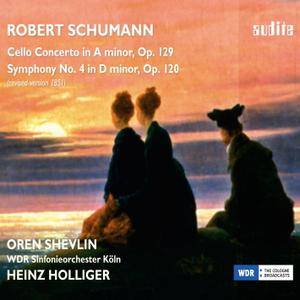 Oren Shevlin, Heinz Holliger - Schumann: Complete Symphonic Works, Vol. III (2014)
FLAC (tracks) 24-bit/44.1 kHz | Time - 52:55 minutes | 485 MB
Studio Master, Official Digital Download | Artwork: Digital booklet
audite is delighted to present the third volume of the complete orchestral works by Robert Schumann. This series comprises all the symphonies (including both versions of the Fourth Symphony in D minor) as well as all the overtures and concertos. Featuring the Cello Concerto and the second version of the D minor Symphony, this CD presents two major works that Schumann composed and revised during his time as music director in Duesseldorf. In both works, the movements of the classical model merge into one another without interruption.
Details 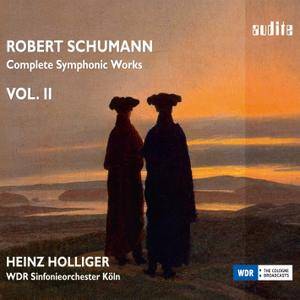 Heinz Holliger - Schumann: Complete Symphonic Works, Vol. II (2014)
FLAC (tracks) 24-bit/48 kHz | Time - 66:45 minutes | 678 MB
Studio Master, Official Digital Download | Artwork: Digital booklet
With this CD, audite is presenting the second volume of the complete recording of Robert Schumann's orchestral works. The series includes all the symphonies (with both versions of the Fourth) as well as all the overtures and concertos. The Second and Third Symphonies, according to the usual numbering, passed through contrasting histories of reception. Whereas the 'Rhenish' remained relatively popular, the C major Symphony was received by contemporaries as trend-setting, but receded into the background from the late nineteenth century onwards.
Details 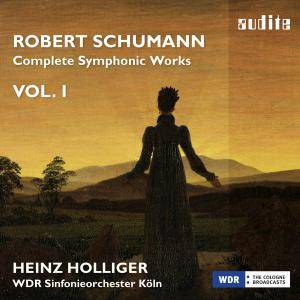 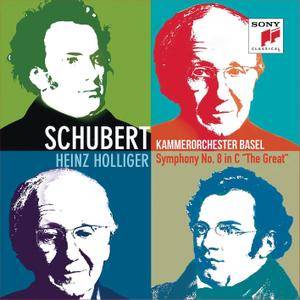 Kammerorchester Basel & Heinz Holliger - Schubert: Symphony in C Major, "The Great" (2018)
FLAC (tracks) 24-bit/96 kHz | Time - 70:57 minutes | 1.32 GB
Studio Master, Official Digital Download | Artwork: Digital Booklet
In February 2015 Heinz Holliger conducted a performance of Schubert’s “Unfinished” Symphony with the Basel Chamber Orchestra. The result was so compelling that Holliger and the orchestra decided to record all the symphonies, together with a selection of Schubert’s operatic overtures. The project began in 2017 and is scheduled to end in 2019.
Details 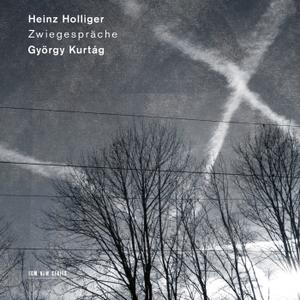 Heinz Holliger & György Kurtág - Zwiegespräche (2019)
FLAC (tracks) 24-bit/96 kHz | Time - 74:16 minutes | 1.22 GB
Studio Master, Official Digital Download | Artwork: Digital Booklet
Zwiegespräche is a meeting of spirits. “We compose the same way,” said György Kurtág to Heinz Holliger on hearing this recording, which emphasises works for oboe by these two major composers. Both of them reference the entire history of music in their pieces, both incorporate dedications and messages to friends and colleagues in the fabric of their work, and both draw upon literature as an inspirational source. Both, moreover, love the miniature as an expressive form; short pieces by Kurtág and Holliger are interwoven.
Details 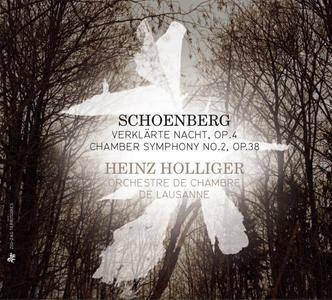 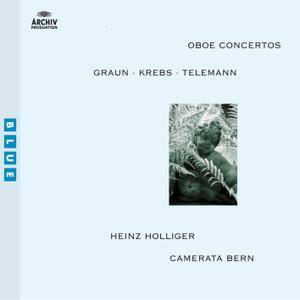 Camerata Bern & Heinz Holliger - Graun / Krebs / Telemann: Oboe Concertos (2004/2012)
FLAC (tracks) 24-bit/96 kHz | Time - 74:48 minutes | 1.35 GB
Studio Master, Official Digital Download | Artwork: Digital booklet
In its time, the high Baroque oboe concerto was the ne plus ultra of the virtuoso, the sin qua non of the soulful, and the denier cri of the tuneful. But times change and for all but the most epicurean of the cognoscenti, the oboe concertos of Johann Gottlieb Graun, Johann Ludwig Krebs, and Georg Philipp Telemann are at best terra incognito and at worst nearly persona non grata. In his day, Heinz Holliger was the crème de la crème of oboe virtuosity, the apex, the acme, and the essence of the metaphysical quintessence of oboe virtuosity. So great was Holliger's celebrity that, after he had finished recording the oboe concertos of Mozart, Bach, and Strauss, he was allowed to record the oboe concertos of Graun, Krebs, and Telemann.
Details 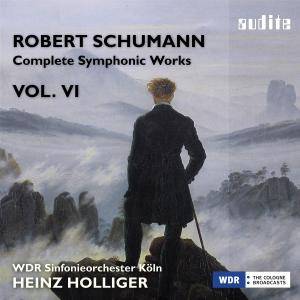 Heinz Holliger - Schumann: Complete Symphonic Works, Vol. VI (2016)
FLAC (tracks) 24-bit/48 kHz | Time - 75:56 minutes | 750 MB
Studio Master, Official Digital Download | Artwork: Digital booklet
Concluding audite's Schumann edition, this CD combines the first symphony with the late overtures, whose compactness displays the composer's symphonic mastery. The overtures, all written after 1847, represent an essential complement to the symphonies: seen in relation to the symphonies, they take a similar position as do the Konzertstücke relative to the concertos. Schumann conceived them partly as preludes to operas, oratorios or incidental works, partly as independent pieces. On the one hand, they were intended to provide ""an image of the whole""; on the other, their purpose was to introduce, leading into the drama.
Details