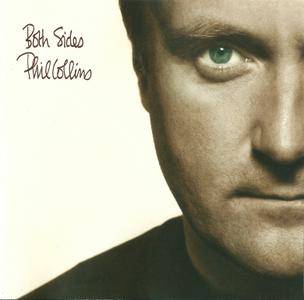 Phil Collins - Both Sides (1993)
EAC Rip | FLAC (Img) + Cue + Log ~ 426 Mb | MP3 CBR320 ~ 162 Mb
Full Scans ~ 98 Mb | 01:07:15 | RAR 5% Recovery
Pop Rock, Soft Rock | Atlantic #82550-2
Both Sides is the fifth solo studio album by English singer-songwriter Phil Collins. Featuring an adult-oriented soft rock based sound, the release came out in November 1993. Collins notably created the album entirely by himself without any collaborations from outside songwriters and performers, and he picked up mixed to positive critical reviews with the release, with Stephen Thomas Erlewine of Allmusic stating that the album's "artistically satisfying" songs feature "troubled, haunting tales". The album achieved commercial success, reaching number one in the U.K., number eight in Australia, and number thirteen in the U.S. Collins also went on the highly successful Both Sides of the World Tour upon its release. That effort involved over a hundred performances in a tour that went over a year, and it showed that he remained a big performer live despite the shifts in the Anglo-American musical landscape taking place.
Details 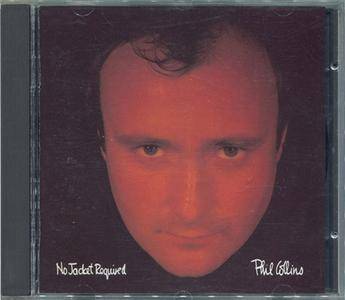 After the one-two punch of Phil Collins' first two solo albums, Face Value and Hello, I Must Be Going!, plus the hits he was concurrently having with Genesis, it might seem like he was primed for an artistic and commercial drop-off. Instead, he responded with the biggest album of his career. No Jacket Required topped the charts in the U.S. and U.K., won a Grammy for Album of the Year, and spawned four Top Ten singles, including two number ones in "Sussudio" and "One More Night." It was such a monster success that it made Collins one of the biggest stars on the planet, something that a few years before seemed unlikely if not impossible… 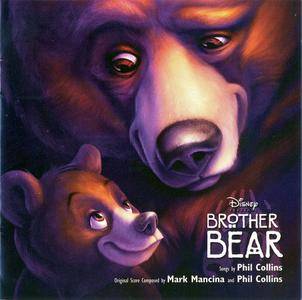 Brother Bear: An Original Walt Disney Records Soundtrack is the soundtrack to Disney's 2003 animated feature Brother Bear. It contains the film's music composed by Mark Mancina and Phil Collins, as well as songs written by Collins, and performed by Tina Turner, The Blind Boys of Alabama, Oren Waters, The Bulgarian Women's Choir, and even Collins himself. Much of the soundtrack in the film consists of the songs performed by Collins as a montage, much like what was done with the earlier Disney soundtrack to film Tarzan, but not entirely. The album was released on October 21, 2003 by Walt Disney Records.

Phil Collins' first solo album, 1981's Face Value, was a long time coming, but it proved worth the wait, both for the Genesis drummer/vocalist himself and fans of thoughtful, emotionally charged pop. He'd been wrestling with the idea of doing a solo record for years, finding great inspiration in the pain caused by an impending divorce and craving artistic independence after years of collaboration… 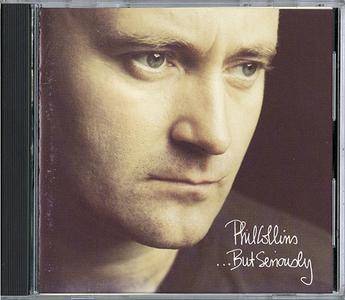 Spawning four hit singles, But Seriously topped the charts on both sides of the Atlantic. While pursuing much of the same formula as on No Jacket Required, there was also a move toward more organic production as Collins abandoned some of the drum machines and prominent keyboards in the up-tempo numbers in favor of live instrumentation… 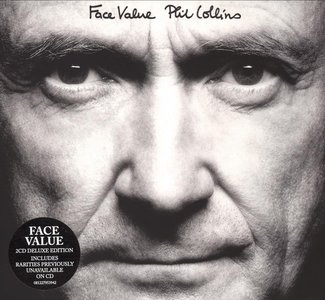 Phil Collins' first solo album, 1981's Face Value, was a long time coming, but it proved worth the wait, both for the Genesis drummer/vocalist himself and fans of thoughtful, emotionally charged pop. He'd been wrestling with the idea of doing a solo record for years, finding great inspiration in the pain caused by an impending divorce and craving artistic independence after years of collaboration… 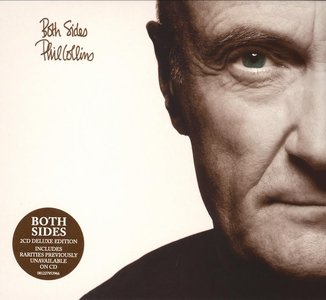 Returning to the stark, melancholy sounds of Face Value, Phil Collins delivers a personal album with Both Sides in more than one sense of the word. Collins played all of the instruments on Both Sides, and the songs are troubled, haunting tales of regret, romance, and society… 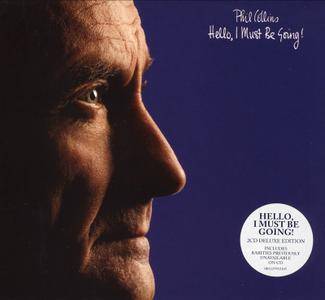 After the massive success of his 1981 album Face Value, Phil Collins didn't take a much of a break. Genesis released Abacab six months later, then headed out on a long tour. When they got back, Collins jumped right into recording his second solo album, 1982's Hello, I Must Be Going! The album wasn't a huge departure from the formula established on Face Value, built as it was on introspective, gut-spilling ballads, horn-driven R&B jams, arty rockers, and dramatic breakup songs… 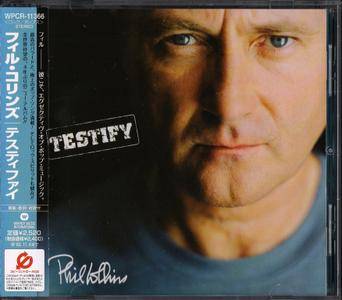 Phil Collins took a long time to deliver Testify, his first record since redemptive post-divorce album Dance into the Light. On that 1996 affair, he was open to all the possibilities that may arrive during this new act and, accordingly, the album felt expansive. He dabbled with new sounds, perhaps excessively so, but it helped mirror his newfound freedom. In contrast, Testify feels a bit hemmed in, the sound of a singer/songwriter marching through the drudgery of life. This isn't to say that Testify is underpinned with despair – it certainly lacks the melancholy undertow of Both Sides, one of his moodiest and best records – but rather it feels diligent, with Collins intent on hitting all of his preordained marks… 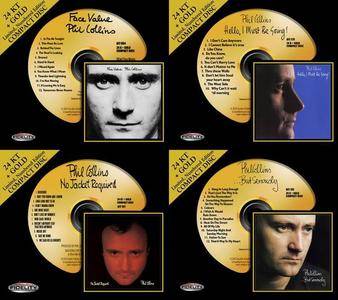 Phil Collins - Face Value (1981). Phil Collins' first solo album, 1981's Face Value, was a long time coming, but it proved worth the wait, both for the Genesis drummer/vocalist himself and fans of thoughtful, emotionally charged pop. He'd been wrestling with the idea of doing a solo record for years, finding great inspiration in the pain caused by an impending divorce and craving artistic independence after years of collaboration. Many of the songs ended up on Genesis' 1980 album Duke - and "Against All Odds" was pocketed for later use - but he kept enough to make an album that stands as a classic moment of '80s pop/rock. Collins produced the album himself and played keyboards and drums, calling in friends and the Earth, Wind & Fire horns to fill out the songs…