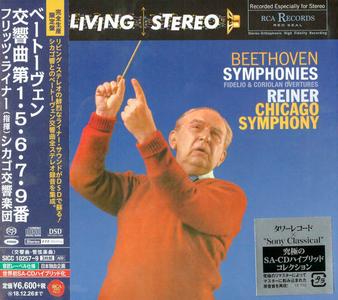 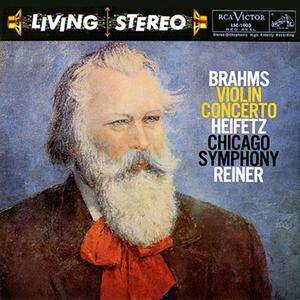 Jascha Heifetz, Fritz Reiner, Chicago SO - Brahms: Violin Concerto (1955) [APO Remaster 2015]
PS3 Rip | SACD ISO | DSD64 2.0 > 1-bit/2.8224 MHz | 34:32 minutes | Scans NOT included | 1016 MB
or FLAC (converted with foobar2000 to tracks) 24bit/88,2 kHz | Scans NOT included | 752 MB
RCA Living Stereo Series from Analogue Productions. Another of the rare performances of violinist Jascha Heifetz and conductor Fritz Reiner together with the Chicago Symphony Orchestra. This stunning recording of Brahms' Violin Concerto is nothing short of breathtaking. The original 30 ips 2-track analog tape was used to master these LP and SACD reissues. Remastered by Ryan Smith at Sterling Sound, these new versions are clearer than the originals and warmer and richer than past reissues.
Details 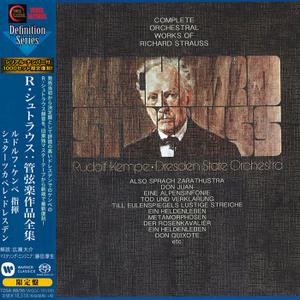 Rudolf Kempe, Dresden State Orchestra - Complete Orchestral Works of Richard Strauss (2019) [Japan]
SACD Rip | 9x SACD ISO | DSD64 2.0 > 1-bit/2.8224 MHz | 657:31 minutes | Scans included | 18,7 GB
or FLAC 2.0 (converted with foobar2000 to tracks) 24bit/96 kHz | Some Scans included | 13,95 GB
Rudolf Kempe’s recordings of Richard Strauss have long been prized for their unparalleled clarity and subtlety in music that has come to define the late-Romantic temperament and its expression of highly strung emotions, whether in a state of Nietzschean exaltation, on the summits of Also sprach Zarathustra and the Alpine Symphony, or in the post-war despair of Metamorphosen. Even in his lighter moods, such as the early and carefree Aus Italien and the late concertos for wind instruments, Strauss loves the complex textures that Kempe and the Staatskapelle Dresden clarify with the utmost skill and sympathy. A classic set, remastered from the original East German master tapes.
Details 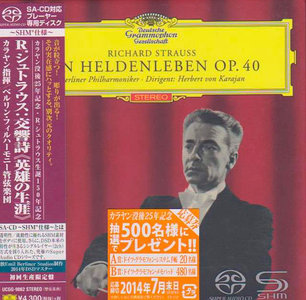 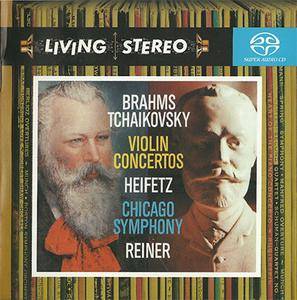 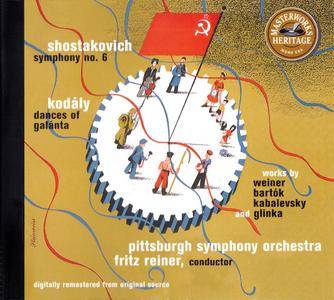 These pre-Chicago recordings of Fritz Reiner with the Pittsburghers is a reminder of his greatness as a conductor. It also restores to the catalog his recordings of some composers he wasn't closely identified with. Shostakovitch, for example, wasn't a regular on Reiner's studio schedule, but should have been, for this Sixth bristles with sardonic wit and energy. The Kodaly Dances, of course, were right up Reiner's alley, and get a smashing performance. The shorter works too, are first class, especially the Bart243;k Hungarian Sketches and another Reiner calling card, Kabalevsky's Colas Breugnon Overture. Weiner's string Divertimento is charming, but the real prize may be Glinka's Kamarinskaya, given a peformance that shimmers and glistens with delicacy and life. Sony's restoration of the 1945-1947 recordings is faultless. 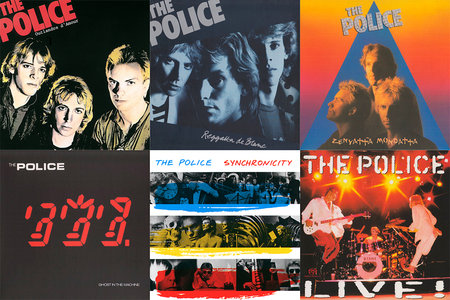 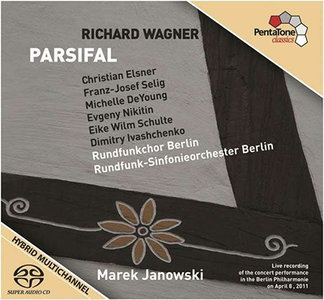 "…This dramatic and involving 'Parsifal' raises Marek Janowski's epic Wagnerian journey to a new level of excellence that one hopes will be maintained in the performances and recordings yet to come - an exciting prospect for all Wagnerites!" ~sa-cd.net

"…This dramatic and involving 'Parsifal' raises Marek Janowski's epic Wagnerian journey to a new level of excellence that one hopes will be maintained in the performances and recordings yet to come - an exciting prospect for all Wagnerites!" ~sa-cd.net 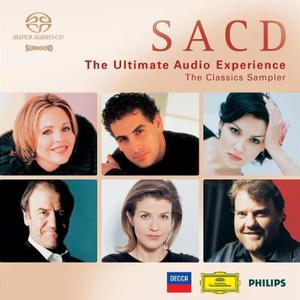 The subtitle of this SACD is "The Ultimate Audio Experience". But open the notes, and you discover that all the tracks save one are from 44, 48, and 96KHz PCM sample original sources. There are some great performances here –- forever trapped in mid-definition resolution. They date from 1993 to 2003, a surprising number of them being recorded in 2001-2003, after DSD recording was available. In listening to this SACD, I was beginning to have doubts about the SACD format until I noticed the sources in the liner notes.