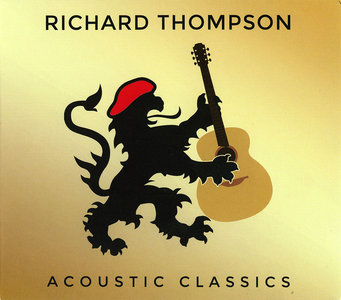 Richard Thompson - Acoustic Classics (2014)
EAC | FLAC | Image (Cue&Log) ~ 336 Mb | Mp3 (CBR320) ~ 130 Mb | Scans ~ 68 Mb
Label: Beeswing Records | # BSWCD 002 | Time: 00:56:40
Singer-Songwriter, British Folk, British Folk-Rock
Acoustic Classics, a collection of newly recorded timeless Richard Thompson songs, features 14 tracks culled from his 40 plus year music career. For the first time ever, acoustic versions of songs like "I Want To See The Bright Lights Tonight" and "Dimming of the Day" mingle with cornerstone classics like "1952 Vincent Black Lightning" and "Beeswing" as well as other acoustically rendered gems. "I really wanted to have something that would reflect the acoustic shows," Richard explains, "But we didn't have anything like that. Just some old, slightly scratchy recordings of solo sets that I wasn't really happy with." His last proper solo acoustic release was the live Small Town Romance, and that was more than 30 years ago! In the meantime, the acoustic shows have evolved as a full parallel to his band tours. Thompson was named by Rolling Stone Magazine's as one of the Top 20 Guitarists of all time and considered one of the UK's most outstanding songwriters and musicians.
Details 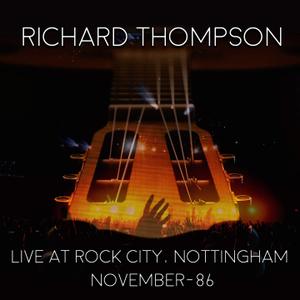 Recorded Live At Rock City, Nottingham, November - 1986. Available for the first time on CD. Named by Rolling Stone Magazine as one of the Top 20 Guitarists of All Time, Richard Thompson is also one of the world's most critically acclaimed and prolific songwriters. He has received Lifetime Achievement Awards for Songwriting on both sides of the Atlantic - from the Americana Music Association in Nashville to Britain's BBC Awards and the prestigious Ivor Novello. In 2011, Thompson was the recipient of the OBE (Order of the British Empire) personally bestowed upon him by Queen Elizabeth II at Buckingham Palace. Most recently, the Americana Music Honors & Awards nominated him for ''Artist of the Year''. 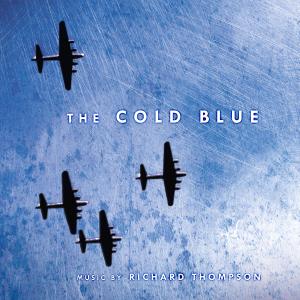 Richard Thompson - The Cold Blue (Original Motion Picture Soundtrack Score) (2019)
WEB FLAC (tracks) - 293 MB | Tracks: 19 | 62:35 min
Style: Soundtrack | Label: New West Records
An iconic figure in British folk-rock, Richard Thompson is arguably the genre's greatest triple threat: a dazzling guitarist, an outstanding songwriter, and a strong and evocative vocalist. As one of the founding members of the group Fairport Convention, Thompson would have a seismic impact on both U.K. folk and rock, incorporating elements of traditional music (most effectively on 1969's Liege and Lief) in a way that sparked a new interest in authentic British folk.
Details 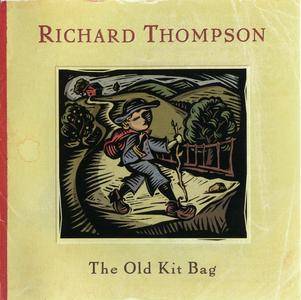 Richard Thompson is the sort of artist destined to be a cherished cult item rather than a bona fide star, which at the dawn of the 21th century puts him in an uncomfortable place in the music industry – being able to reliably sell 100,000 copies of an album makes you too small for a major label, no matter how long they've kept you on the roster. In 2000, after a dozen years with Capitol Records, Thompson's contract was not renewed, and 2003's The Old Kit Bag found him recording for an independent for the first time since 1985. Creatively, this actually turns out to be a good thing; after the periodically excessive and self-conscious production Mitchell Froom imposed on nearly all of Thompson's releases for Capitol, 1999's Mock Tudor (produced by Tom Rothrock and Rob Schnapf) found Thompson going for a more lean and live sound, and with John Chelew at the controls, Thompson follows suit on The Old Kit Bag. Cut in a straightforward and stripped-down manner, with just bassist Danny Thompson, drummer Michael Jerome, and harmony vocalist Judith Owen along for company, The Old Kit Bag captures Thompson in spare but sympathetic circumstances; the performances are strong and confident, without a note or gesture wasted, and Thompson's interplay with his rhythm section is nothing short of superb. 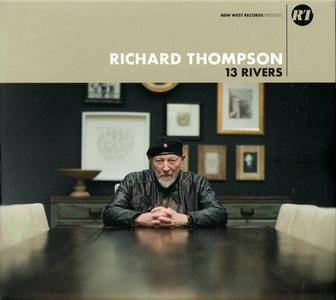 Richard Thompson - 13 Rivers (2018)
EAC | FLAC | Tracks (Cue&Log) ~ 354 Mb | Mp3 (CBR320) ~ 122 Mb | Scans ~ 87 Mb
Singer/Songwriter, Rock, Folk-Rock | Label: New West | # NW6446 | 00:53:37
Richard Thompsons new album, 13 Rivers, is the artists first self-produced record in over a decade. 13 Rivers is a very stripped down, bare-bones recording and according to Thompson the album is a reflection of current events that have happened in his life. This has been an intense year for myself and my family, getting older doesnt mean that life gets easier! There are surprises around every bend. I think this reflects in the immediacy of the stories, and the passion in the songs. Sometimes I am speaking directly about events, at other times songs are an imaginative spin on what life throws at you. The music is just a mirror to life, but we try to polish that mirror as brightly as possible. The album was recorded at Boulevard Recording in Los Angeles, California. 13 Rivers features Richards regular accompanists, Michael Jerome and Taras Prodaniuk, as well as Thompsons guitar tech, Bobby Eichorn, on second guitar. Each track on the album was recorded in analog, with minimal overdubbing.
Details 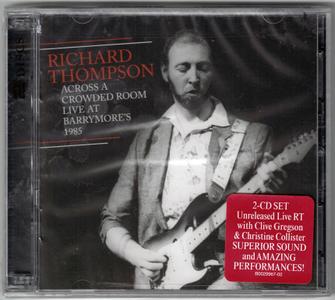 Richard Thompson - Across a Crowded Room: Live at Barrymore's 1985 (2CD) (2019)
EAC Rip | FLAC (tracks+.cue, log) ~ 358.23 Mb + 354.37 Mb + 65.44 Mb (Scans) | 01:49:04
British Folk-Rock | Label: Real Gone Music / Polydor (UMG) - RGM-0909
After Shoot Out the Lights (1982) and Hand of Kindness (1983) transformed Richard Thompson's audience from a tiny cult into a medium-sized cult, he landed a new record deal with Polydor Records, and his first album for the label, Across a Crowded Room, arrived in 1985. This was a time when a growing number of music fans were upgrading their video setups and labels were issuing home video releases on their leading artists, so someone at Polydor got the idea of producing a long-form video of Thompson in concert.
Details 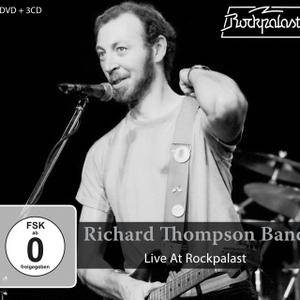 Richard Thompson Band - Live at Rockpalast
Folk Rock, Singer-Songwriter | WEB FLAC (tracks) & front cover | 173:32 min | 1.14 GB
Label: Mig Music | Tracks: 34 | Rls.date: 2017
Richard Thompson, the pioneer of British folk rock was voted one of the best guitarists of all time by US magazine The Rolling Stone: "His acoustic picking is just as killer" they wrote. In 1983, Thompson went on tour to promote his current album "Hand Of Kindness". For the show on December 12, 1983, at the Hamburg Markthalle the WDR also put up their cameras to record the event for the Rockpalast.
Details 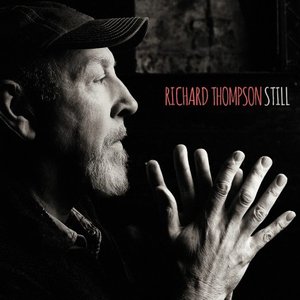 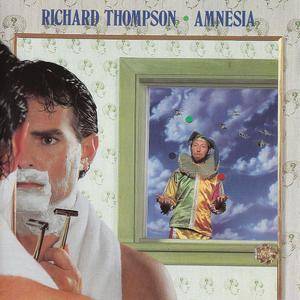 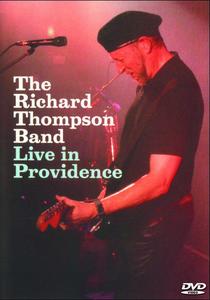 Highlights from a live performance by the Richard Thompson Band at Lupo's in Providence, Rhode Island during their 2003 'Old Kit Bag' tour. Also included is a BBC interview and a live session from the The Old Grey Whistle Test.