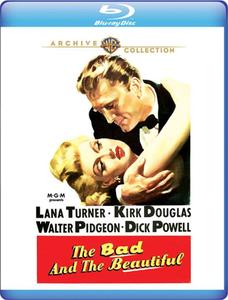 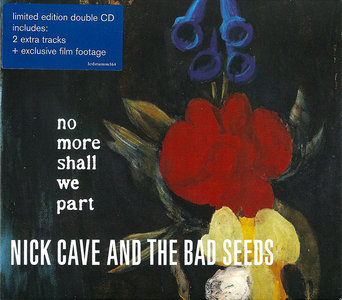 Nick Cave & The Bad Seeds - No More Shall We Part (2001) 2CD Limited Edition
EAC | FLAC | Tracks (Cue&Log) ~ 428 Mb | Mp3 (CBR320) ~ 176 Mb
Bonus Data (audio & video) ~ 224 Mb | Scans ~ 137 Mb
Alternative Rock | Label: Mute | # LCDStumm164 | Time: 01:16:55
No More Shall We Part is the eleventh studio album by Nick Cave and the Bad Seeds, released on 2 April 2001 in the UK (and 10 April in the US). The album came after a 4-year gap from recording, following the much acclaimed album The Boatman's Call. Cave had to overcome heavy heroin and alcohol addictions in 1999-2000 before starting work on the album. It was met with mostly positive reviews. This is Limited Edition with Two Bonus Tracks and a Cdrom with Exclusive Footage of the Band. The Bonus Tracks Are 'bless his Ever Loving Heart' and 'grief Came Riding'.
Details 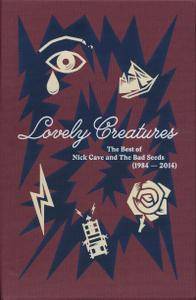 Nick Cave is a singular figure in contemporary rock music; he first emerged as punk rock was making its presence known in Australia, but though he's never surrendered his status as a provocateur and a musical outlaw, he quickly abandoned the simplicity of punk for something grander and more literate, though no less punishing in its outlook… 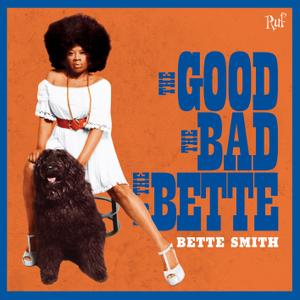 Bette Smith - The Good, The Bad And The Bette (2020) [Official Digital Download]
FLAC (tracks) 24-bit/48 kHz | Front Cover | Time - 40:01 minutes | 497MB
Blues | Label: Ruf Records, Official Digital Download
Wild rock & soul singer Bette Smith traces elements of her life-affirming new album ‘The Good, The Bad & The Bette’ to her childhood in rough Bedford-Stuyvesant, Brooklyn. Musically, it connects to the gospel music she heard in church and the soul music on the corners. No party host would regret putting on this platter!
Details 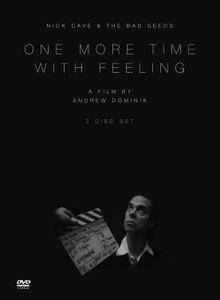 This music documentary weaves together performances from Nick Cave and the Bad Seeds' 2016 album Skeleton Tree with candid footage of Cave opening up about the death of his 15-year-old son. Directed by Andrew Dominik (Chopper, The Assassination of Jesse James by the Coward Robert Ford). 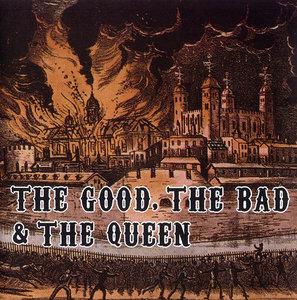 To open this oddball supergroup's debut, Paul Simonon hints at "Guns of Brixton," and when Tony Allen's flex rhythms come in, there's a shadow of Fela Kuti, too. Then Damon Albarn's slow grit of a voice enters–framed by Simon Tong's flecked guitar. And collectively, The Good, the Bad, & the Queen is quickly sui generis, adamantly different than anything you think you've heard. A band with this much power has at least two options: to cut loose raucously or to mute their overt power for a more covert, dub-inflected atmospheric potency. Smartly, Albarn and his crew opt for the half-light of elastic bass lines, the clouds between the parentheses of drums–the covert. It's not until "Kingdom of Doom," the erstwhile 'single' of the album, that motion expands beyond the languorous. And even then, Tony Allen largely sits out. You get the full flush of Simonon and Allen on "Three Changes" shuffling time even while holding the tempo to a dubbish gait. It's not Blur, the Clash, Fela, the Verve, or Gorillaz. It's more than just names on albums. 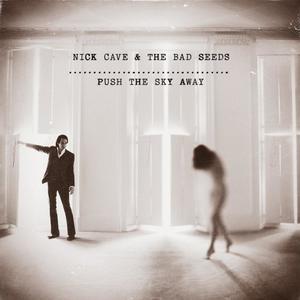 Nick Cave & The Bad Seeds - Push the Sky Away (2013)
FLAC (tracks) 24-bit/44.1 kHz | Time - 42:44 minutes | 444 MB
Studio Master, Official Digital Download | Artwork: Front cover
It's been nearly five years since Nick Cave & the Bad Seeds issued the manic, intense rock cabaret that was Dig, Lazarus, Dig!!! Since then, the formation and breakup of Grinderman yielded two studio offerings, and Cave and Warren Ellis have composed a few film scores. Push the Sky Away, produced by Nick Launay, is painted with a deliberately limited sonic palette by Ellis. The album's sequencing makes it feel like a long, moody suite. While most of these songs contain simple melodies and arrangements that offer the appearance of vulnerability and tenderness, it is inside this framework that they eventually reveal their sharp fangs and malcontent.
Details 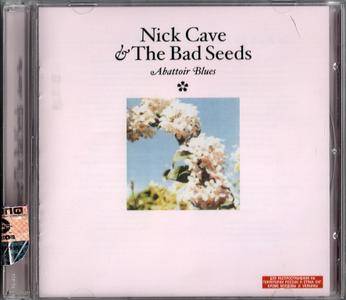 When Blixa Bargeld left Nick Cave's Bad Seeds, who would have predicted his departure would result in one of the finest offerings in the band's catalog? Abbatoir Blues/The Lyre of Orpheus is a double CD or, rather, two completely different albums packaged in one very handsome box with a stylish lyric booklet and subtly colored pastel sleeves. They were recorded in a total of 16 days by producer Nick Launay (Kate Bush, Midnight Oil, Girls Against Boys, Silverchair, INXS, Virgin Prunes, et al.). Abbatoir Blues, the first disc in the set (packaged in pink, of course), is a rock & roll record. Yeah, the same guy who released the Boatman's Call, No More Shall We Part, and Nocturama albums has turned in a pathos-drenched, volume-cranked rocker, full of crunch, punishment – and taste. 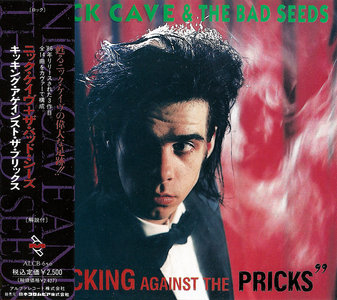 Besides being noteworthy as an astonishingly good all-covers album, Kicking Against the Pricks is notable for the arrival of a new key member for the Seeds, drummer Thomas Wydler. Besides being a fine percussionist, able to perform at both the explosive and restrained levels Cave requires, Wydler also allowed Harvey to concentrate on adding guitar and keyboards live as well as in the studio, a notable bonus. Race reappears briefly to add some guitar while former Birthday Party cohorts Rowland Howard and Tracy Pew guest as well, the latter on some of his last tracks before his untimely death. The selection of songs is quite impressive, ranging from old standards like "Long Black Veil" to everything from John Lee Hooker's "I'm Gonna Kill That Woman" and Gene Pitney's pop aria "Something's Gotten Hold of My Heart." Matching the range of material, the Seeds are well on their way to becoming the rock/cabaret/blues showband of Cave's dreams, able to conjure up haunting, winsome atmospheres ("Sleeping Annaleah") as much as higher-volume takes (Roy Orbison's "Running Scared," the Velvet Underground's "All Tomorrow's Parties"). 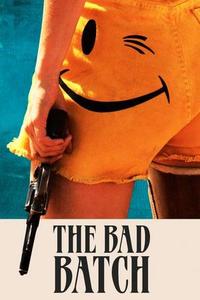