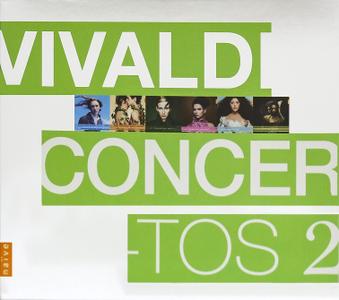 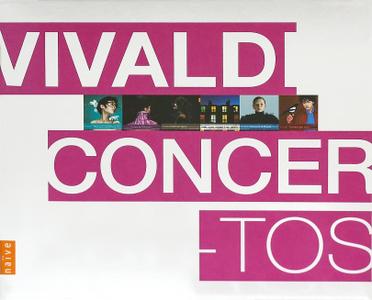 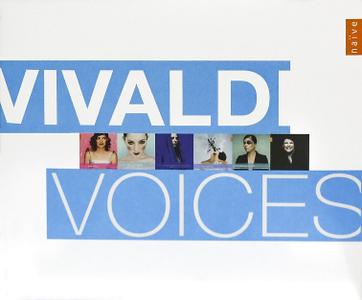 This box set gathers the finest vocal recordings (opera, sacred music) from the Vivaldi Edition by some of the most reputed artists of today. Also it features the main vocal ranges: soprano, mezzo-soprano, contralto, tenor, bass. 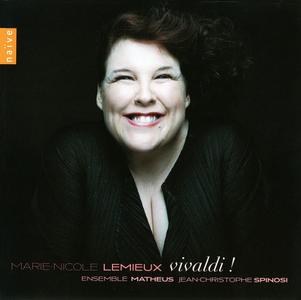 Naïve's Vivaldi! features Canadian contralto Marie-Nicole Lemieux in selections from Vivaldi operas and an excerpted version of his Stabat Mater, RV 621, limited just to the alto arias. All of this material is drawn from Naïve's standing catalog of Vivaldi recordings with the Ensemble Matheus, to which Lemieux has been a star contributor. Her work in duets with Philippe Jaroussky is duly noted for its resultant and memorable fireworks; some of these moments are included, along with a little bit of her work alongside popular soprano Sandrine Piau. 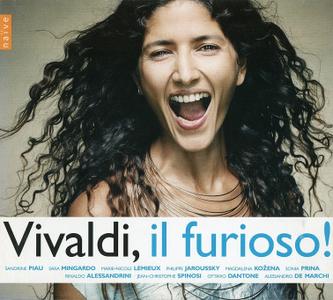 This disc is a sampler of Vivaldi discs released by France's Naïve label, and it's highly recommended to listeners who haven't yet given these recordings a try. The group of performers is pan-European, with French singers and Italian instrumentalists especially strongly represented, but a compilation like this brings home how well this label has done at forging a unified artistic vision. Its Vivaldi indeed tends toward "furious," as the title proclaims; it is also garish, energetic, dynamically extreme, and in every way devoted to making Vivaldi out as a rebel in his time. 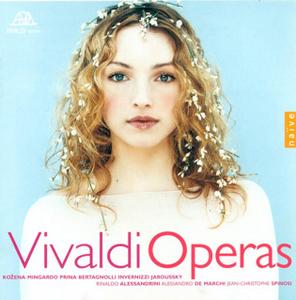 The most beautiful arias from the Vivaldi Edition: La verità in cimento, Juditha Triumphans, L'Olimpiade, Orlando finto pazzo. The album includes outstanding singers and arias that were sensational discoveries when first introduced in this series. 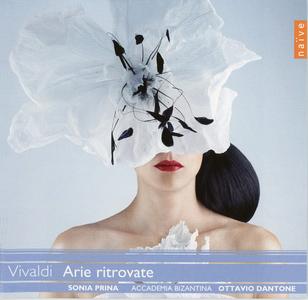 Part of the fun of following developments in Baroque music is that, while the press is reduced to trying to work up excitement for the merest scrap of music potentially by Mozart or Beethoven, unknown masterpieces by the likes of Vivaldi are still surfacing with regularity. This release by the energetic French label Naïve (check out the wild cover photo, apparently of contralto Sonia Prina) is a case in point. Conductor Ottavio Dantone and his Accademia Bizantina ensemble, prime exponents of the rocking and rolling school of Italian Baroque interpreters, here uncover a dozen arias drawn from little-known Vivaldi manuscripts, or inserted as alternate numbers into existing operas. 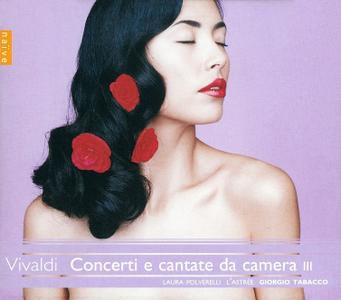 The project to record all of the 450-odd works by Vivaldi held by the National University Library of Turin proceeds apace. It only seems yesterday that I was reviewing the opera "Orlando Furioso". For that set a very radical band of period performers was chosen, the Ensemble Matheus. L’Astrée – a Turin group in spite of its French name – are less radical in the sense that they don’t make their instruments rasp and bite, but I would say no less imaginative. With the help of a really lifelike recording – the instruments truly seemed to be in my listening room – the music just leaps off the page. 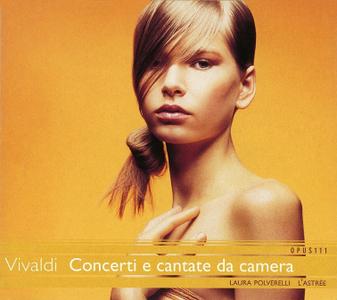 In this second volume of the complete recording of Vivaldi's chamber concertos by L'Astrée, three of these fascinating works are coupled with three chamber cantatas. All these treasures of course come from the incomparable collections of the Biblioteca nazionale in Turin, but the link between the two repertoires does not stop there. First of all, the energy and virtuosity that this composer of genius requires of his musicians are very much the same, whether he is writing for the human voice or for the various instruments used in the concertos, which go from a single solo flute in the concerto La notte RV 104 to the extravagant combination, in RV 97, of viola d'amore, two horns, two oboes and bassoon. 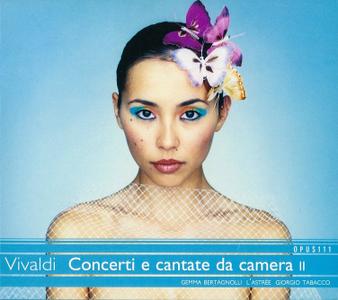