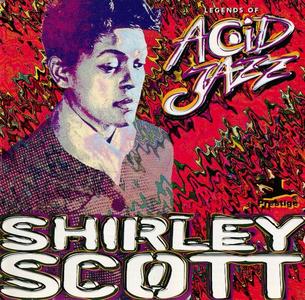 A smart combination of two 1961 albums, Hip Soul and Hip Twist, both of which featured Stanley Turrentine on sax. Hip Soul is the smokier and livelier of the pair, especially on "Stanley's Time" and the Turrentine-composed title track; the material is delivered with a taut intelligence. Hip Twist doesn't suffer much in comparison, though, and gives Scott a bit more presence, as she introduces several themes with impassioned swirls; unlike Hip Soul, it has a couple of tunes from her own pen. 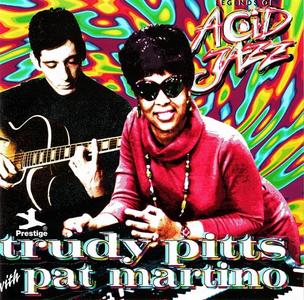 Anyone who likes the B-3 Hammond organ soul-jazz style and doesn't mind a bit of pop-lounge spice occasionally stirred into the sauce should check out this compilation. It combines Pitts' first two LPs, Introducing the Fabulous Trudy Pitts and These Blues of Mine (both from 1967) on one CD. Introducing is a strong debut, divided between covers of pretty mainstream standards ("The Spanish Flea," "It Was a Very Good Year," "Matchmaker, Matchmaker") and gutsier straight soul-jazz, including four originals by Bill Carney, whose "Organology" is a highlight for its nervous, bopping edge. The languorous swells of the opening number "Steppin' in Minor" make you think you're in for a set of swank lounge-jazz, but the pace quickly picks up, and Pitts really catches fire on "Take Five," jamming a lot of notes into her improvisation without sounding self-indulgent… 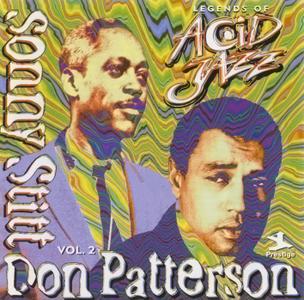 Two-fer CD reissue combines two 1968 sessions, both featuring Stitt and Patterson, that were recorded on consecutive days (September 23-24, 1968), although one was issued under Patterson's name and the other under Stitt's. The first six songs were issued as the Patterson LP Funk You!, on which Patterson leads a date that also has Sonny Stitt and Charles McPherson on saxes and Pat Martino on guitar. The other players get about as much space as Patterson, and as 1960s jazz with organ goes, this is pretty straight-ahead and boppish, rather than soul-jazz (as so much organ jazz from that decade was). 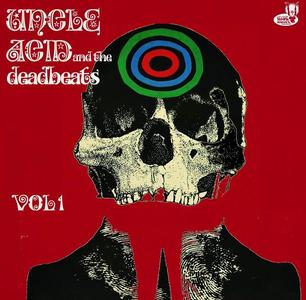 Uncle Acid and the Deadbeats' first album, Vol. 1, may not have cost much money to make, but the ideas behind it are solid gold. Working cheaply on clapped-out gear, guitarist/vocalist Kevin Starrs, bassist Kat, and drummer Red take all the dusty tropes of heavy metal, acid rock, biker rock, and doomy psych rock, knock them around mercilessly, then breath life back into them until they shine like new. It's defiantly lo-fi and unadorned by studio gloss, but it works. It doesn't matter that Starrs' grinding guitars sound ready to fizzle out half the time, the bass and drums are barely audible, and the vocals are murky when the songs are so hooky and the performances are so on point… 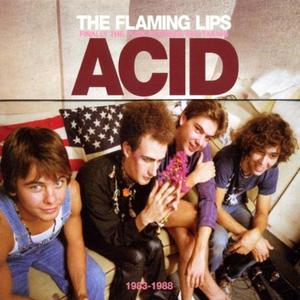 Finally the Punk Rockers Are Taking Acid is a compilation album by The Flaming Lips, collecting their first three studio albums (Hear It Is, Oh My Gawd!!! and Telepathic Surgery) alongside their self-titled debut EP The Flaming Lips, and previously unreleased material and demo recordings. It is the first of two releases archiving the band's Restless Records releases, and is followed by The Day They Shot a Hole in the Jesus Egg. 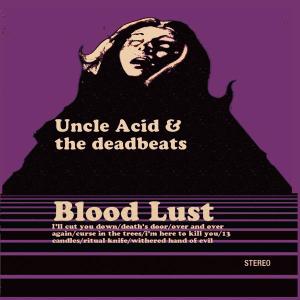 Just as they did with their unexcitingly named 2010 debut, Vol. 1, Uncle Acid & the Deadbeats dedicate their sophomore album, the following year's tellingly named Blood Lust, to celebrating the Summer of Love's soul-chilling autumn: a blasted landscape, post-flower power, resembling Altamont's killing fields, reeking of the Manson Family murders, and, naturally, sounding like a mish-mash of all of the apocalyptic musical forces that converged upon that era. We're talking a mixture of psychedelic rock's harrowing comedown, garage and punk rock's nihilistic ascent, and the earliest manifestations of heavy metal's occult-laced, nerve-damaging bludgeon (later reclassified as doom) - all poured into a deadly cocktail… 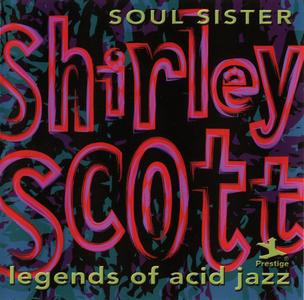 Few organ players can kick into swinging grooves with as relaxed a feeling as those Shirley Scott generates on these two outstanding sessions from the Sixties. She was associated early in her career with tenor saxophonists–most notably Eddie "Lockjaw" Davis and Stanley Turrentine–but Prestige Records regularly varied the settings in which she was presented on disc. These are two of the most unusual. The ever-tasteful guitarist Kenny Burrell shares the spotlight on tracks one through six, while Lem Winchester lends his vibraharp mastery to the remainder to help create a unique–and ultimately satisfying– organ/vibes front-line. 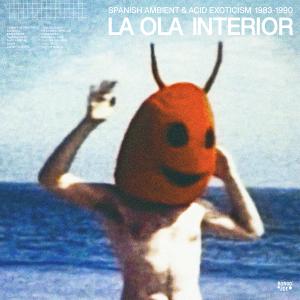 Following “La Contra Ola” (BJR015), Bongo Joe is pleased to present LA OLA INTERIOR, a compilation exploring the ambient side of the Spanish electronic music produced in the 80’s. It gathers musicians from various horizons and of many generations, who shared the desire to create an immersive soundscape and to combine electronic music with non-Western musical traditions. As a general rule, the Anglo-Saxon tropism did relate the spanish peninsula’s ambient music to the Balearic Sound, that is to say to the relaxing music played in Ibiza’s nightclubs. But this music takes place in the productive territory of experimental musics, and particularly in its two main breeding grounds: the tape recording underground and the independent musicians-producers scene. 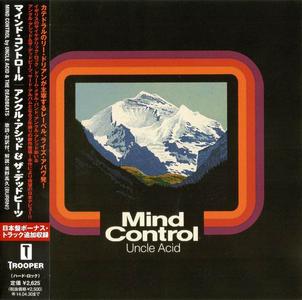 Equal parts psychedelic and psychotic, Uncle Acid & the Deadbeats take listeners on another mind-melting, proto-metal journey on their trippy third outing, Mind Control. Every detail - from the sound that feels as influenced by the harmonies of the British Invasion as it is by the ominous blues of Black Sabbath, to the archival-looking album covers - helps to give the album the feel of some sort of forgotten gem rather than a modern invention. And while listeners might not find much in the way of innovation on a record like Mind Control, there's plenty of trance-inducing fun to be had, making it a must-listen for those who like to spend their days in the psychedelic end of the pool. 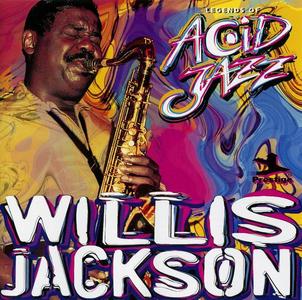 Willis "Gator" Jackson's initial reputation was made as a honking and screaming tenor saxophonist with Cootie Williams' late-'40s orchestra and on his own R&B-ish recordings. By 1959, Jackson had de-emphasized some of his more extroverted sounds (although they occasionally popped up) and had reemerged as a solid swinger influenced by Gene Ammons and (on ballads) Ben Webster. This CD reissue from 1998 brings back in full two of Jackson's 1959-60 LPs: Blue Gator and Cookin' Sherry. Some of the music (which often falls into the soul-jazz genre) is reminiscent of the funky groove music that would become popular in the late '60s. Jackson sounds fine and is joined throughout by guitarist Bill Jennings, organist Jack McDuff, one of three bassists, one of two drummers, and sometimes Buck Clarke on conga. The accessible music alternates between warm ballads and jump tunes.