Anne Bisson Keys To My Heart 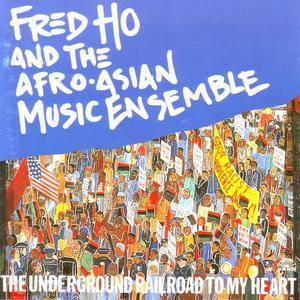 One of the major voices in the highly political Asian improvisation movement of the 1980s and '90s, baritonist Fred Ho on this memorable CD performs everything from modernized swing and Charles Mingus-influenced ensembles to short solo baritone pieces and selections that mix together Western and Eastern instruments. He utilizes two ensembles: the 11-piece Journey Beyond the West Orchestra (which includes such instruments as the sona, erbu, and san shuen along with more conventional jazz horns and rhythm, plus occasionally the somewhat jarring Chinese soprano vocals of Cindy Zuoxin Wang) and the five-piece Afro-Asian Music Ensemble. 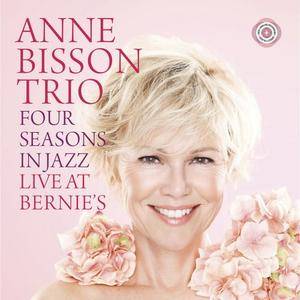 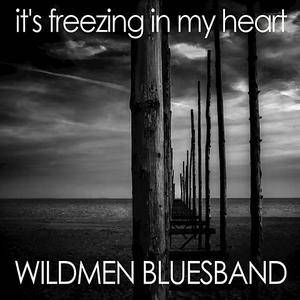 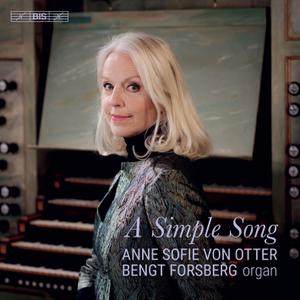 A brief glance at the list of contents is enough to reveal who the singer is – only Anne Sofie von Otter could have come up with a programme as varied and wide-ranging. And only von Otter could hold it together seamlessly by finding the resonances between these very different pieces, and bringing them out with a rare ability of embracing different singing styles and expressive registers: to paraphrase Bernstein in his A Simple Song, Anne Sofie von Otter never fails to ‘sing like she likes to sing’.

Rod Stewart - You're In My Heart: Rod Stewart With The Royal Philharmonic Orchestra (2019) {Deluxe Edition}  Music 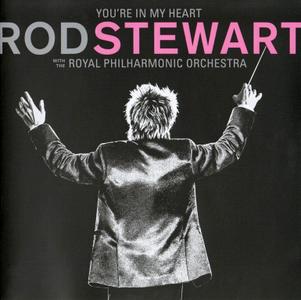 Rod Stewart - You're In My Heart: Rod Stewart With The Royal Philharmonic Orchestra (2019) {Deluxe Edition}
2CD | EAC Rip | FLAC (Tracks) + Cue + m3u8 + Log ~ 775 Mb
Full Scans ~ 36 Mb | 00:51:17 + 00:58:11 | RAR 5% Recovery
Pop Rock, Symphonic Rock | Warner Records 603497849659
Sir Rod Stewart (knighted in 2016) celebrates 50 years as a solo artist with a brand new album 'You're In My Heart: Rod Stewart with the Royal Philharmonic Orchestra'. The leg-endary singer-songwriter is one of the best-selling music artists of all time, with more than 250 million records sold worldwide during a stellar career. The 2CD Deluxe Edition includes 7 additional tracks. Recorded at Abbey Road Studio One and Produced by Trevor Horn, the album combines classic vocals with newly recorded arrangements by the Royal Philharmonic Orchestra. Includes new orchestral versions of Sir Rod Stewart’s classic hits: “Sailing,” “I Don’t Want To Talk About It,” “The First Cut Is The Deepest,” “You’re In My Heart,” “Maggie May,” “Tonight’s The Night (Gonna Be Alright)” and “Handbags and Gladrags”. Features “It Takes Two” a new duet with Robbie Williams, previously recorded by Rod Stewart with Tina Turner in 1991, this brand new version features newly recorded vocals from both Robbie and Rod. Plus a brand new previously unreleased song “Stop Loving Her Today”.
Details

Rod Stewart - You're In My Heart: Rod Stewart (with the Royal Philharmonic Orchestra) (2019)  Music 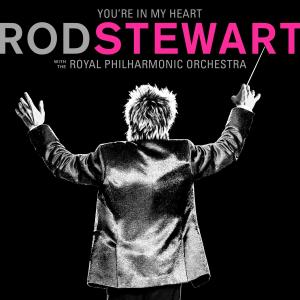 Sir Rod Stewart (knighted in 2016) celebrates 50 years as a solo artist this year. The legendary singer-songwriter is one of the best-selling music artists of all time, with more than 250 million records sold worldwide during a stellar career that includes nine #1 albums and 26 Top 10 singles in the U.K. Plus, 17 Top 10 albums and 16 Top 10 singles in the US. Rhino will honor the legendary singer-songwriter with a new album that lets fans hear Stewart’s biggest hits in a newly imagined way. 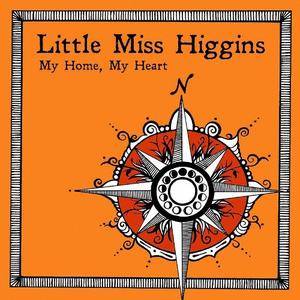 Little Miss Higgins - My Home, My Heart (2017)
WEB FLAC (tracks) ~ 254.62 Mb | 41:46 | Cover
Contemporary Blues | Country: Canada | Label: Morning Noise Records
From the Great Northern Plains, Little Miss Higgins struts and serenades her way onto any stage playing music brewed up in early country blues, jazz and folk. For over 15 years, she has performed, toured, collaborated, recorded and released 5 independent albums. Her music has won three Western Canadian Music Awards and received JUNO and Maple Blues Awards nominations. Now, along with motherhood, Higgins has the newest addition to her list of accomplishments, My Home, My Heart.
Details Tenor saxophonist Houston Person teams up with pianist Bill Charlap on this ten-track collection of standards, You Taught My Heart to Sing. Both musicians have released individual albums paying homage to the great songwriters of the '30s and '40s – George Gershwin, Hoagy Carmichael, Irving Berlin – but this is the first time they teamed up in the studio together. Along with such tried and true chestnuts as "S'Wonderful," "Sweet Lorraine," and "Namely You," the duo brings a few originals into the musical fold as well as contemporary romantic standards such as "Where Is the Love." Recorded in the cozy confines of Rudy Van Gelder's studio in Englewood, NJ, the mood is relaxed yet not moribund, nor does the duo succumb to adding weepy strings or sappy horn arrangements. Person and Charlap don't break any new ground with this recording; rather they continue to showcase their combined enduring passion for ballads. 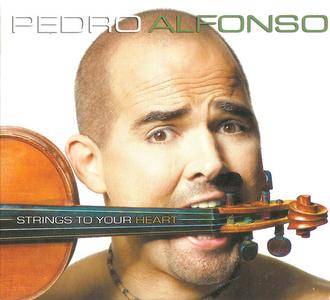 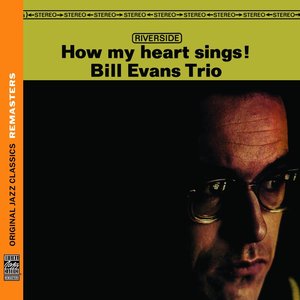 Concord Music Group will release five new titles in its Original Jazz Classics Remasters series. Enhanced by 24-bit remastering by Joe Tarantino, several bonus tracks on nearly each disc (some previously unreleased) and new liner notes providing historical context to the original material, the series celebrates the 60th anniversary of Riverside Records, the prolific New York-based label that showcased some of the most influential jazz artists and recordings of the 1950s and '60s.