Pianists Martha Argerich and Nelson Freire are stupendous virtuosos, and there's nothing in this recording of their 2009 Salzburg recital of staggeringly difficult works they cannot play. They know each other so well as old duo piano partners that their playing is stunning in its unity, but their distinctive individuality also comes across. What's most impressive about this recital is how completely Argerich and Freire have made this music their own. Brahms' Haydn Variations sound freer and fresher, more playful, and more profound than ever. Rachmaninov's Symphonic Dances are thrillingly rhapsodic, rapturous, and dramatic. Schubert's Grand Rondeau is more lyrical, intimate, and graceful than usual, and Ravel's La Valse more ecstatic and apocalyptically over-the-top frightening than in any comparable recordings, including Argerich's own earlier releases. Captured in wonderfully clear yet wholly present digital sound, the performances on this disc will be compulsory listening for anyone who loves music, any music. 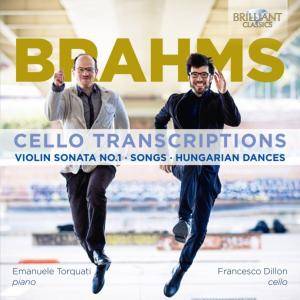 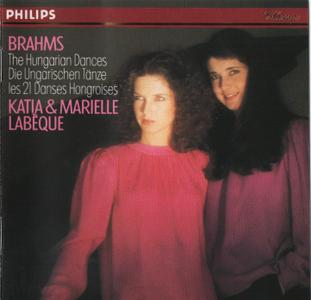 The two Labèque sisters are Basque in origin, having been born on the southwest coast of France near the Spanish border. Katia and Marielle are a sharply contrasted, yet highly communicative piano team. While their joint reputation was won initially through the performance of unusual repertoire, they have not neglected traditional works for two pianos. 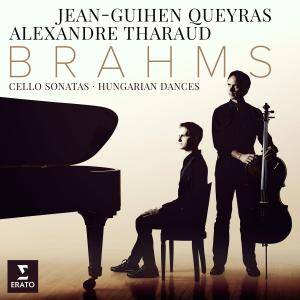 Jean-Guihen Queyras & Alexandre Tharaud - Brahms: Cello Sonatas & Hungarian Dances (2018)
FLAC (tracks) 24-bit/96 kHz | Time - 71:20 minutes | 1.16 GB
Studio Master, Official Digital Download | Artwork: Digital Booklet
Pianist Alexandre Tharaud and cellist Jean-Guihen Queyras are long-established as a duo team, but this is the first time that Queyras has joined Tharaud for an Erato recording. They have chosen works that lie at the heart of the Romantic repertoire, all by Brahms: his two cello sonatas and the duo’s own transcriptions of six of the Hungarian Dances.
Details 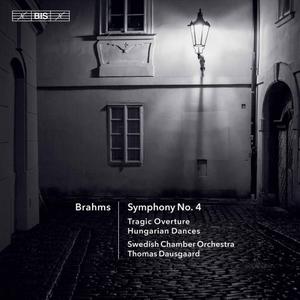 Swedish Chamber Orchestra & Thomas Dausgaard - Brahms: Orchestral Works (2020)
FLAC tracks | 01:12:42 | 308 Mb
Genre: Classical / Label: BIS
Having given us acclaimed cycles of the symphonies of Schubert and Schumann, the 40-odd members of the Swedish Chamber Orchestra and their conductor Thomas Dausgaard are well on their way to completing their series of Brahms’s orchestral works. Previous instalments have been praised for the transparency and clarity of the performances, virtues that are less than common in this repertoire.
Details

Jean-Guihen Queyras & Alexandre Tharaud - Brahms: Cello Sonatas & Hungarian Dances (2018)
Classical | WEB FLAC (tracks) & d. booklet | 299 MB
Label: Warner Classics | Tracks: 13 | Time: 71:20 min
Pianist Alexandre Tharaud and cellist Jean-Guihen Queyras are long-established as a duo team, but this is the first time that Queyras has joined Tharaud for an Erato recording. They have chosen works that lie at the heart of the Romantic repertoire, all by Brahms: his two cello sonatas and the duo’s own transcriptions of six of the Hungarian Dances.
Details 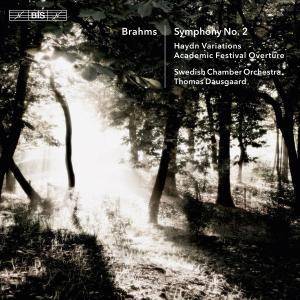 Swedish Chamber Orchestra & Thomas Dausgaard - Brahms: Symphony No. 2 in D Major, Op. 73 (2018)
Classical | WEB FLAC (tracks) & d. booklet | 305 MB
Label: BIS | Tracks: 18 | Time: 75:47 min
On a number of previous recordings, the 40-odd members of the Swedish Chamber Orchestra and Thomas Dausgaard have shed a new light on the Romantic symphonic repertoire, with performances described as tight, invigorating, transparent and thrilling. Complete cycles of the symphonies of Schumann and Schubert have appeared alongside individual discs with music by Dvoák, Bruckner and Tchaikovsky, as well as a recording of Johannes Brahmss First Symphony, released in 2012.
Details 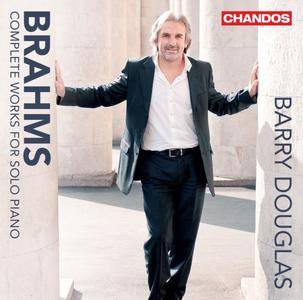 Barry Douglas - Brahms: Complete Works for Solo Piano (2018)
Classical, Piano | MP3 CBR 320 kbps | Digital Booklet | 07:21:36 | 1.04 GB
Label: Chandos
Barry Douglas’s complete Brahms cycle for solo piano is now available as a unique box set. It contains all the six widely acclaimed volumes of the series, each disc planned and presented as a standalone mixed recital, along with the original booklets. Completed within the course of five years, the series was seen by BBC Music as ‘a triumph of Brahmsian thoughts’. It offers ‘beautifully manicured playing’ (Pianist), ‘captures Douglas’s sound perfectly’ (International Piano), and will ‘leave you a different person’ (Gramophone).
Details 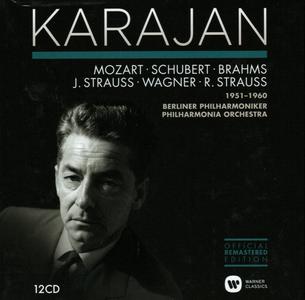 The Karajan Official Remastered Edition comprises 13 box sets containing official remasterings of the finest recordings the Austrian conductor made for EMI between 1946 and 1984, which are now a jewel of the Warner Classics catalog. In this 12-CD box Karajan conducts the Philharmonia and the Berliner Philharmoniker in Austro-German repertoire symphonies, symphonic poems, operatic music and other orchestral works, from the epic to the light-hearted. Among them are rarely-released stereo versions of symphonies by Brahms and Schubert. 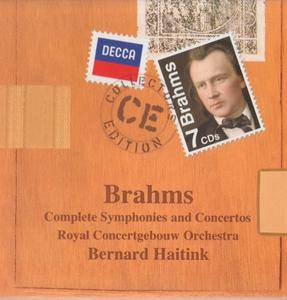 Bernard Haitink conducts the Royal Concertgebouw Orchestra in Brahms’s great orchestral works, including the complete symphonies. The concertos feature three great soloists: pianist Claudio Arrau, violinist Henryk Szeryng, and cellist Janos Starker. "No one, I trust, will deny that Arrau has lived with, wrestled with, and in a truly terribly way ’known’ the D minor Concerto for more years than most of us can consciously recall. Where contemporary pianists have often tended to refine or domesticate the concerto, withdrawing it from the world of heroic endeavour, Arrau has always done the reverse. No pianist, apart possibly from Serkin in his several recordings, has communicated so formidably the work’s scope: its seriousness and its anxious, tragic mood. Often Arrau makes free with the text. But the vision is huge, the technique astonishing. Haitink is a worthy accompanist."