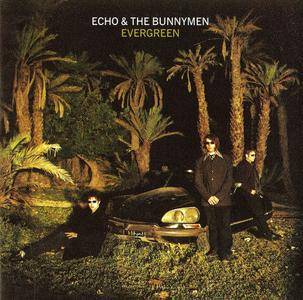 Echo & The Bunnymen - Evergreen (1997)
EAC | FLAC | Tracks (Cue&Log) ~ 335 Mb | Mp3 (CBR320) ~ 114 Mb | Scans ~ 144 Mb
Alternative Rock, Neo-Psychedelia | Label: London | # 828 905-2 | Time: 00:50:05
Evergreen is the seventh studio album by the English rock band Echo & the Bunnymen. It is their first album since reforming after they disbanded in 1993. Vocalist Ian McCulloch and guitarist Will Sergeant had previously worked together as Electrafixion before they were rejoined by bassist Les Pattinson under the name Echo & the Bunnymen in early 1997. The album was recorded at Doghouse Studios in Henley-on-Thames and was produced by McCulloch and the band's manager Paul Toogood but was credited to the whole band.
Details 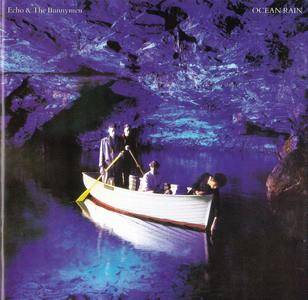 Channeling the lessons of the experimental Porcupine into more conventional and simple structural parameters, Ocean Rain emerges as Echo & the Bunnymen's most beautiful and memorable effort. Ornamenting Ian McCulloch's most consistently strong collection of songs to date with subdued guitar textures, sweeping string arrangements, and hauntingly evocative production, the album is dramatic and majestic; "The Killing Moon," Ocean Rain's emotional centerpiece, remains the group's unrivalled pinnacle. The 2003 reissue of Ocean Rain features improved sound, new liner notes, loads of photos, and a wealth of bonus tracks. The bulk of the bonus tracks is made up of the Life at Brian's sessions, which found the band playing some of their "hits" like "The Killing Moon," "Stars Are Stars," "Silver," and "Villiers Terrace," as well as a faithful cover of the Beatles' "All You Need Is Love" in a relaxed, acoustic but still very dramatic setting. 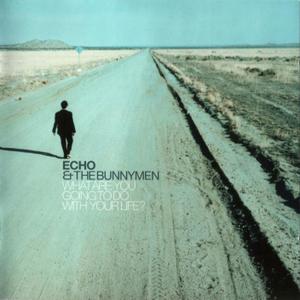 Echo & the Bunnymen made a dignified return in 1997 with Evergreen, but that record displayed some hints of rustiness and a desire to stay hip – two things notably absent from its superb sequel, What Are You Going to Do With Your Life? Trimmed to just the duo of Ian McCulloch and Will Sergeant, Echo has succeeded where many of their peers have failed – they have matured without getting stodgy, they have deepened their signature sound without appearing self-conscious. Indeed, What Are You Going to Do With Your Life? feels of a piece with their earlier albums, not only sonically, but in terms of quality. Clocking in at just 38 minutes, the record is concise and dense with detail, finding the precise tone between the floating grandeur of early Echo and the timeless romanticism of classic torch songs. It's melancholy without ever being self-pitying and it never once sounds gloomy or depressing. The key is that McCulloch and Sergeant never push too hard. They never force themselves to play up-tempo, nor do they try to recapture their "edge" – they settle into a sad groove and find all the possible variations in the sound, both sonically and emotionally. 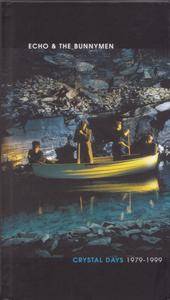 The answer is a resounding yes – Echo & the Bunnymen's Crystal Days: 1979-1999, a four-disc set boasting a great built-in book with a biography and track-by-track commentary, is worth every penny. Through 71 tracks, it does an excellent job by catering to the longtime fan and merely curious, running through all the hits and selecting standout album tracks, rarities, and unreleased curiosities, all worthwhile. The very fact that compilation producer Andy Zax was driven to put this project into motion after realizing he just had to find a way to get stellar B-sides like the Velvets-meets-Byrds heaven of "Angels and Devils" and the Peel Session version of the experimental "No Hands" into circulation tells you right off that you're in good hands. 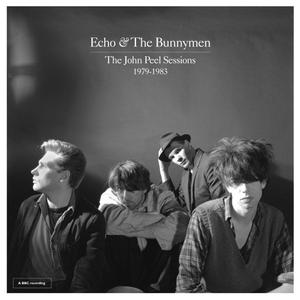 Echo & The Bunnymen have announced the release of The John Peel Sessions 1979-1983 via Rhino on September 6. The double album features 21 tracks recorded for John Peel’s Radio 1 show during the early years of the band’s existence. 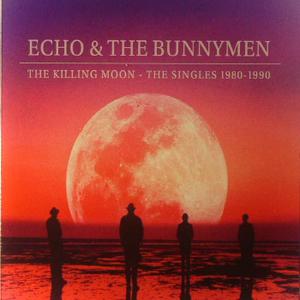 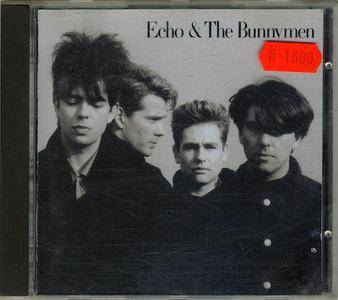 Echo & the Bunnymen caught the group at a fortuitous career juncture; the clutch of songs here were among the hookiest and most memorable the band would ever write, while the arrangements are noticeably clean and punchy, mostly eliminating strings and similar clutter to focus almost exclusively on guitars, keyboards, drums, and occasional percussion touches… 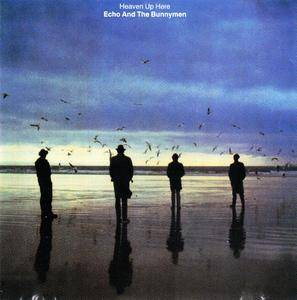 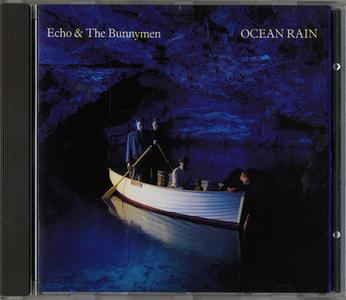 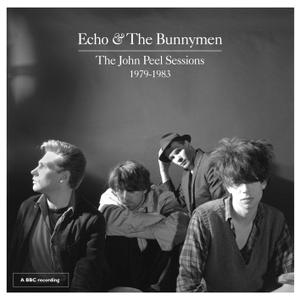 Echo & The Bunnymen - The John Peel Sessions 1979-1983 (Remastered) (2019)
FLAC (tracks) 24-bit/96 kHz | Time - 78:20 minutes | 1.63 GB
Studio Master, Official Digital Download | Artwork: Front Cover
Echo & The Bunnymen have collected their Peel Sessions recordings from 1979 through 1983 and will be releasing them in the U.K. on September 6th. The session tracks were recorded for The John Peel Show on BBC Radio 1 and have been released on a limited basis over the years. This is the first time to collect all of the Peel Sessions from the golden formative era of The Bunnymen.
Details