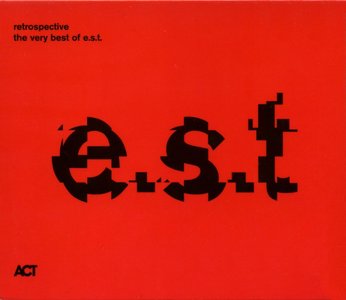 Despite the fact that 2008’ Leucocyte, would be the Esbjörn Svensson Trio's final album due to the tragic scuba diving accident that killed Svensson, this was a band that had traversed such wide musical territory they deserved a retrospective treatment simply to sum up what had transpired between the release of 1993’s When Everyone Has Gone and that premature finale. While this 70-minute single disc doesn’t contain any unreleased material, or pre-1999 material (in favor of presenting the trio’s fully developed aesthetic), it is beautifully compiled. 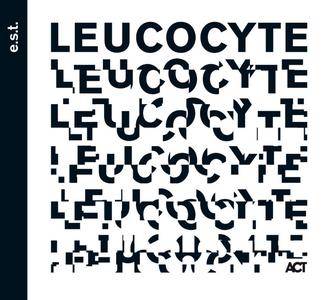 It's a damn shame that Leucocyte is the final studio album by the Esbjörn Svensson Trio. Svensson died in a tragic diving accident in June of 2008, shortly after this set was finished. More than any other recording issued by this excellent band, Leucocyte captures the art of music making at the moment of conception; it was recorded as live-in-the-studio improvisation over two days in an Australian studio. It was completely finished, post-production and all, with a release date before Svensson's death. The words "post-production" mean plenty when it comes to E.S.T.'s music. The trio often recorded and added sonic effects to their structured, composed pieces. It underscored their hip sophistication and accessibility. It made them a hit with both jazz fans and younger audiences who listen to Radiohead, Sigur Rós, and even heavy metal more than jazz. 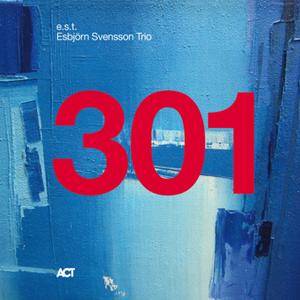 Esbjörn Svensson Trio - 301 (2012/2014)
FLAC (tracks) 24-bit/44,1 kHz | Time - 61:04 minutes | 331 MB
Studio Master, Official Digital Download | Artwork: Front cover
"301" is the last album recorded by Esbjörn Svensson Trio, released on 30 March 2012. The album is their second released posthumously, after "Leucocyte", as the pianist Esbjörn Svensson died in June 2008. It was recorded during the same sessions of the recording of "Leucocyte", whilst the Swedish trio were touring around Asia and Australia. The disc is named after Studios 301 in Sydney where the album was recorded.
Details 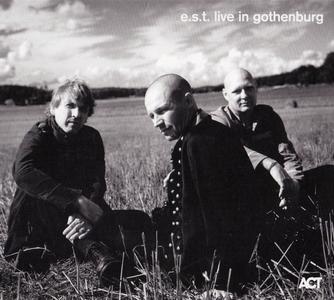 A concert for the ages: The release of "e.s.t. live in Gothenburg" brings listeners the previously unreleased recording of a concert to which Esbjörn Svensson (d.2008) referred in his lifetime as one of the best that his trio ever did. In this 2001 recording, e.s.t. played tracks from the albums "From Gagarin´s Point of View" and "Good Morning Susie Soho". There is even one track, “Bowling", which has never been released on CD before. "e.s.t. live in Gothenburg" documents the enduring magic of this band. We find originality, strength and playfulness coalescing together in an ideal way here. 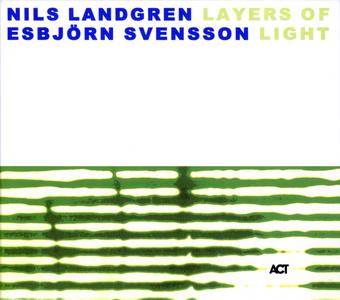 It was through the influence of Landgren and Svensson’s former teacher Bengt-Arne Wallin, who recorded the landmark album “Old Folklore In Swedish Modern” back in 1962 (ACT 9254-2), that Svensson and Landgren were inspired to make a duo album centered around folk songs. In August 1997 both went into the studio and with only trombone and piano recorded Swedish Folk Modern (ACT 9257-2). Their improvised treatments of the classic songs of the folk culture not only impressed the public; it brought praise from the press. 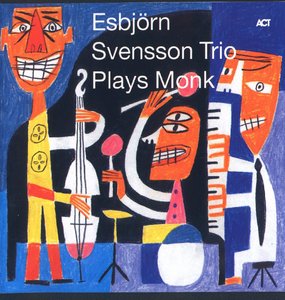 Thelonius Monk was one of the truly great piano geniuses on the international jazz scene.Esbjörn Svensson is one of the truly great piano talents on the Scandinavian jazz scene.In some way you knew that they had to meet sooner or later. At last spiritually. And musically. "Plays Monk" is the telling title of the CD from 1996 by Esbjörn Svensson Trio (EST), now released on ACT. Ten of the most beloved songs by Monk, from nocturnal, lovingly caressing "`Round Midnight" to the gay and sprightly "Rhythm-A-Ning", gets here a becomingly shining new colour. 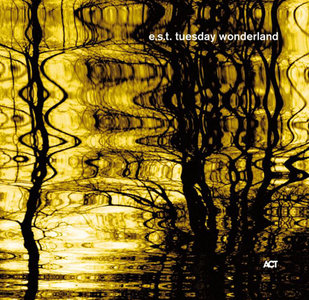 Esbjörn Svensson Trio - Tuesday Wonderland (2006)
PS3 Rip | SACD ISO | DST64 2.0 & 5.1 > 1-bit/2.8224 MHz | 67:46 minutes | Full Scans included | 3,59 GB
or FLAC 2.0 Stereo(converted with foobar2000 to tracks) 24bit/48 kHz | 67:52 min | Scans included | 803 MB
Features Stereo and Multichannel Surround Sound | ACT Music # ACTSACD 9806-2
Currently one of Europe's leading forces in the jazz world, e.s.t. (Esbj”rn Svensson Trio) brings their unique and unmistakable sound stateside with the release of their new album, Tuesday Wonderland. This album is an eclectic mix of classical, melodic jazz and electronics with the feel of an energetic pop/rock show, making it a must-have for all music lovers. The album been released in Europe on September 2006, and was nominated in in the Best Jazz Album category.
Details 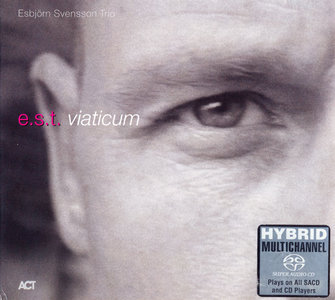 Esbjörn Svensson Trio - Viaticum (2005)
PS3 Rip | SACD ISO | DST64 2.0 & 5.1 > 1-bit/2.8224 MHz | 60:39 minutes | Scans included | 3,12 GB
or FLAC 2.0 Stereo(converted with foobar2000 to tracks) 24bit/48 kHz | Full Scans included | 725 MB
Features Stereo and Multichannel Surround Sound | ACT Music # ACTSACD 9801-2
As Esbjörn Svensson's trio has developed into a first-rate contemporary jazz entity, the combined acoustic-electric sound he employs is more alluring and arresting with each recording. The subtle nuances of amplified keyboard shades that embellish his piano playing is a unique quality of E.S.T.'s music that sets them apart from the vast majority of combos who place a larger value on louder complements. Another aspect of this group is that they are truly a working ensemble with stable personnel, as bassist Dan Berglund and drummer Magnus Öström have joined Svensson in this trio for years.
Details "Winter in Venice" is the band’s fourth CD. The 13 original compositions show them as sensitive masters of communication with the penchant for transforming simple, pretty melodies into complex networks of motifs. Sometimes balladic, sometimes joyously swinging, "Winter in Venice" lays out a lively tonal tapestry which, despite its suggestive title, seems to have little to do with the morbid feeling that exists in Venice during that dark time of year. It received the Swedish Grammy in 1998 as best jazz album of the year, and on top of it all, it helped Svensson to the title of Songwriter of the Year. And like "From Gagarinís Point of View", it is a collection of chamber-jazz rhapsodies that leaves the listener a lot of room for internal and external impressions, associations, and discoveries. 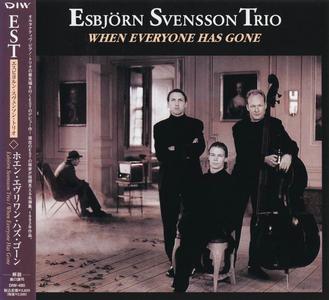 Like so many American players, Sweden's Esbjorn Svensson has backed his share of pop artists but is essentially a jazz improviser at heart. Svensson's enthusiasm for improvisation came through loud and clear on his Dragon dates of the 1990s, one of which was the decent When Everybody Has Gone. Backed by fellow Swedes Dan Berglund (bass) and Magnus Ostrom (drums), Svensson favors the piano trio format and draws on post-bop influences like Chick Corea, Bill Evans and Keith Jarrett on the standard "Stella By Starlight" and originals ranging from the pensive "4 a.m." to the melancholy "Waltz for the Lonely Ones" and the Middle Eastern-influenced "Mohammed Goes to New York." Much of Svensson's work tends to be introspective and impressionistic, but things get surprisingly funky and almost Horace Silver-ish on "Tough Tough."