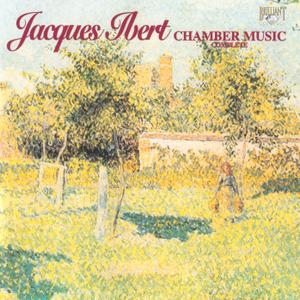 Jacques Ibert (1890 - 1962) was a unique figure in 20th century France. In his long life he was influenced by the various musical styles, from the 'impressionists' Debussy and Ravel, through the neoclassicism of Satie and the Groupe des Six, to later more expressionistic composers. But foremost he was himself, and he wrote in a vivid, spiritual and often humorous style, in which his Gallic Esprit always shone forth. This set contains his complete chamber music output, for such diverse instruments al harp, guitar, flute, cello, bassoon, clarinet, saxophone, harpsichord and trumpet. 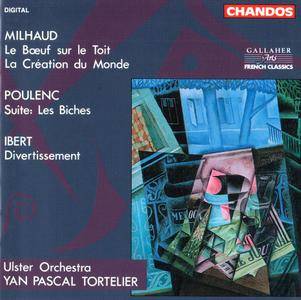 This programme of 1920s French music is in the hands of a conductor who gets right into the spirit of it, and plenty of spirit there is too. Apart from the Ibert, this is ballet music, and that work too originated as a theatre piece, having been incidental music for Eugene Labiche's farce The Italian Straw Hat. Poulenc's unfailingly fresh and bouncy suite from Les biches is very enjoyable although Chandos's warm and resonant recording takes some of the edge off the trumpet tone that is so central to the writing. The geniality of it all makes one forget that this is remarkable music in which (as Christopher Palmer's booklet essay points out) the twentieth-century French composer evokes eighteenth-century fetes galantes through the eyes of that greatest of nineteenth-century ballet composers, Tchaikovsky. 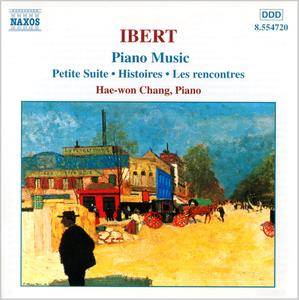 Jacques Ibert’s piano music isn’t exactly the most exciting part of his output, amounting to a series of short picturesque pieces written in a bland neo-classical vein, with just a hint of impressionism or humor here and there to liven up the expression. Lack of both imagination and strong features have kept these pieces away from the current concert repertoire, but on CD they make nice if quickly forgotten listening. The collection of Histoires, including the famous Le petit âne blanc (The Little White Donkey), comes off the best, along with Les rencontres, a little suite in the form of a ballet that displays some lively melodic figures underlined by slightly spicy harmonies, as in the softly swinging The Creoles. The other pieces do little else than round off the total timing of the CD. Hae-won Chang plays with charm and delicacy, with a clean and neat technique that is just what these unpretentious pieces require. The recording is well balanced and truthful. 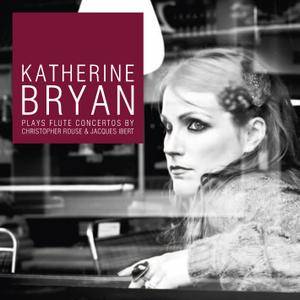 Among the young British instrumentalists vying to pick up the mantles of the great soloists of a generation ago, flutist Katherine Bryan seems among the most promising, and she takes a major step forward with this, her second release. Her startlingly clear, bright articulation in the upper register is pleasing on its own, yet the real attraction here is that she approaches a repertory intelligently and brings fresh perspectives to it. The Flute Concerto (1993) of Christopher Rouse only seems to be the odd item in the set; Rouse's instrumental writing, with its intricate grasp of texture and register, is truly a descendant of the French (and French-Swiss) music on the rest of the album, and it was an inspired choice in terms of showcasing Bryan's technique as well. The three central movements have a memorial tone, with flute solos woven into Rouse's characteristically spacious chords, and Bryan has the stamina to stick with the long line here. Ibert's delightful Concerto for flute and orchestra (1934) receives an absolutely crackling performance from Bryan. 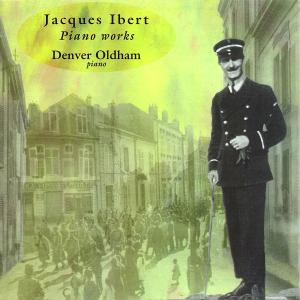 Denver Oldham - Jacques Ibert: Piano Works (2003/2019)
WEB FLAC (tracks) - 238 MB | Tracks: 24 | 75:01 min
Style: Classical | Label: Altarus Records
The life and multi-faceted career of Jacques Ibert is as fascinating and colorful as the music he composed. By the age of four he knew music better than the alphabet. It was about this time that he began to study the piano and the violin. His mother was Manuel DeFalla's second cousin; it was partly at DeFalla's suggestion that Ibert auditioned for the Paris Conservatory. In 1910, he was accepted as an auditor. By 1911, he was admitted to study harmony, counterpoint and fugue, and composition and orchestration.
Details 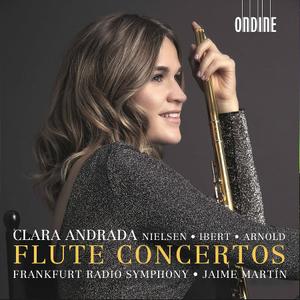 ​In this album Clara Andrada, solo flutist of the Frankfurt Radio Symphony, performs three 20th century flute concertos together with the orchestra conducted by Jaime Martín. Malcolm Arnolds delightful Flute Concerto No. 1 makes a pleasant addition alongside Nielsens and Iberts flute concertos. Jaime Martín, himself an excellent flutist, is a perfect companion to these works. This is the orchestras second album for Ondine, and continues the fruitful collaboration between Jaime Martín and Ondine that has already produced three albums previously. 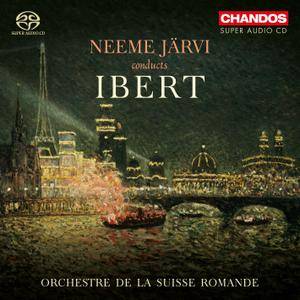 Jacques Ibert - Orchestral Works (2016)
Orchestre de la Suisse Romande, conducted by Neeme Järvi
EAC | FLAC | Image (Cue&Log) ~ 350 Mb | Mp3 (CBR320) ~ 195 Mb | Scans included
Genre: Classical | Label: Chandos | # CHSA 5168 | Time: 01:22:15
Neeme Järvi and the OSR continue their exploration of French orchestral music with this fourth album: a merry collection from the best of the vigorously ebullient music of Jacques Ibert. Among the numerous winners of the famous Prix de Rome between its institution by Napoleon in 1803 and its abandonment in 1968, the twentieth century provides us with repertoire works from only one composer: Jacques Ibert, whose characteristically clear orchestration is emphasised by strong melodic lines and supported by lively ostinato patterns in the bass. At the same time, the album reveals what an eclectic composer Ibert was. The contrast between his two best-known pieces is a perfect example: Divertissement, for small orchestra, is light-hearted, even frivolous; Escales…, on the other hand, is a ripely romantic work for large orchestra.
Details 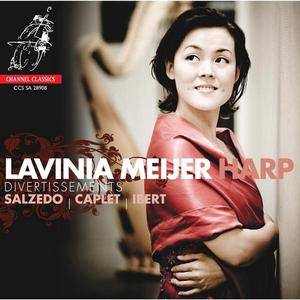 Korean-born Dutch harpist Lavinia Meijer states as her goal "to make the harp better known as a solo instrument, with all its possibilities which are often still unknown to the wider audience." With this release she accomplishes her goal, not so much technically as musically. The harp does not do so much here that the attentive listener to the big early film scores won't have heard before. But Meijer's album falls nicely into the group of releases that are reconstructing the virtuoso solo repertoire of a century ago, rediscovering gems that were swept aside by self-serving modernist imperatives. 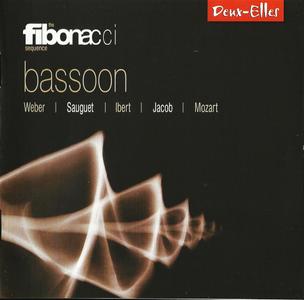 The only out-and-out solo piece is Weber's Andante and Hungarian Rondo… Skinner makes a beautiful sound in the expressive Andante, and hurtles effectively through the virtuoso coda… even if you're not particularly a bassoon buff you'll find this a very enjoyable programme 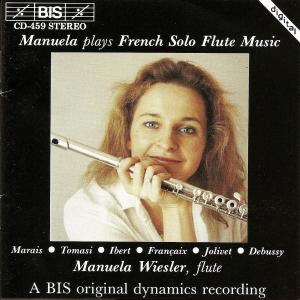