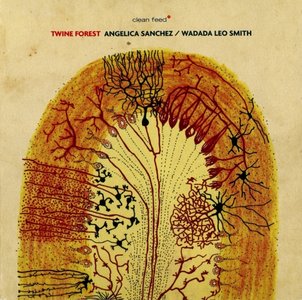 Beautiful albums do not need many words. Pianist and composer Angelica Sanchez has invited Wadada Leo Smith to join her for a duo album, recorded in April of last year. Sanchez is a member of the trumpeter's "Organic" Ensemble, whose "Heart's Reflections" also received a 5-star rating on this blog. Smith made one trumpet-piano duo album before, "Interludes Of Breath & Substance" with Matthew Goodheart, which was good, but this one is truly excellent. 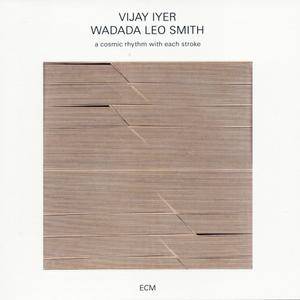 A cosmic rhythm with each stroke features pianist Viay Iyer and the musician he has described as his “hero, friend and teacher”, trumpeter Wadada Leo Smith. Vijay has previously played extensively with Wadada in Smith’s Golden Quartet, but the present album is the first documentation of their duo work, produced by Manfred Eicher at New York’s Avatar Studios in October 2015. The centre-piece of the album is the spellbinding title suite, dedicated to Nasreen Mohamedi (1937-1990), the innovative Indian artist whose improvisatory imagery evokes abstracted rhythms. 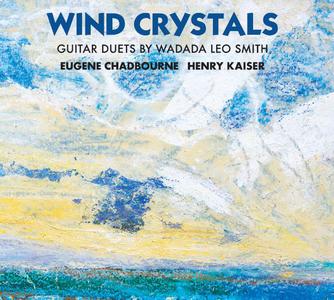 Long-time collaborators, guitarists Henry Kaiser and Eugene Chadbourne perform the compositions of trumpeter Wadada Leo Smith, starting with their recording from 1977 of his "Wind Crystals", then improvising over 5 other Smith compositions, ending the album with an updated, 2017 version of "Wind Crystals"; an excellent refresh and retrospective from two incredible improvisers. 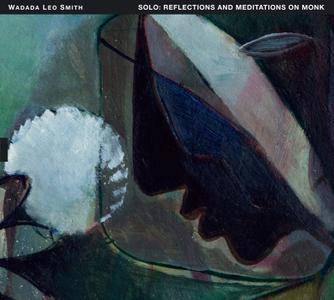 Wadada Leo Smith - Solo: Reflections and Meditations on Monk
Jazz | WEB FLAC (tracks) & d. booklet | 56:30 min | 245 MB
Label: TUM Records | Tracks: 08 | Rls.date: 2017
Wadada Leo Smith comes to the music of Thelonious Monk from a childhood admiration of the artist. As a pre-teen he was already playing trumpet and composing and instinctively knew that Monk's understanding of music and sound would influence his own creativity. Smith believes that the quintessence of Monk can best be found in his solo work. The same can be said for Smith who has produced two previous solo collections including Creative Music—1 (1972) and Solo Music: Ahkreanvention (1979), both on the Kabell label.
Details 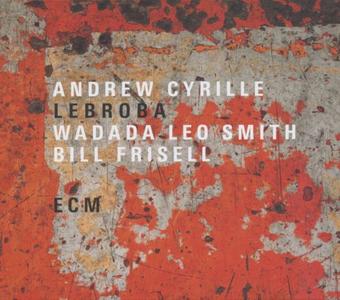 Andrew Cyrille’s title Lebroba is a contraction of Leland, Brooklyn and Baltimore, birthplaces of the protagonists of an album bringing together three of creative music’s independent thinkers. Each of them made his first ECM appearance long ago: drummer Andrew Cyrille on Marion Brown’s Afternoon of a Georgia Faun (1970), trumpeter Wadada Leo Smith on his own classic Divine Love (1978), and guitarist Bill Frisell on Eberhard Weber’s Fluid Rustle (1979); these are, of course, players of enduring influence. Frisell contributed to Cyrille’s previous ECM disc The Declaration of Musical Independence, but Lebroba marks a first-time meeting for the guitarist and Wadada Leo Smith. 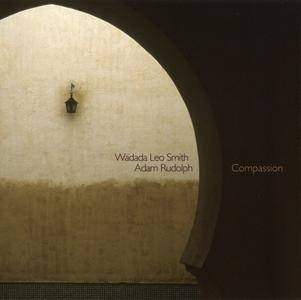 Long-time occasional collaborators Wadada Leo Smith and Adam Rudolph perform improvised/composed duets from a 2002 performance live at Venice's Electric Lodge on Compassion, newly released on Rudolph's Meta Records. Both are masters of their mediums: Rudolph plays a variety of percussion instruments and at least one wind instrument to sonically shade, color, and texturize; Smith uses trumpet and flugelhorn in conventional and extended ways to complement him. With improvisers of this depth, the journey takes many unexpected turns, all rewarding. 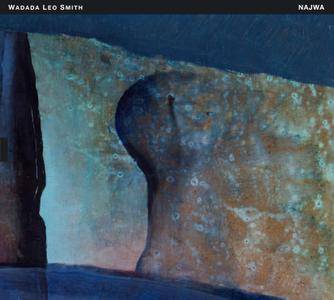 Wadada Leo Smith - Najwa (2017)
XLD Rip | FLAC (tracks+.cue, log) ~ 341.31 Mb | 56:13 | Cover
Avant-Garde Jazz, Fusion | Label: TUM Records - TUM CD 049
Trumpeter Wadada Leo Smith's introductory liner notes to Najwa begin with Muddy Waters, so we'll begin there, too. Wadada Leo Smith was born in 1941, in Leland, Mississippi, around the time Alan Lomax showed up down in Clarksdale, Miss., to record—among many others—McKinley Morganfield, aka Muddy Waters. The Lomax field recordings of Waters and his band became the album Down On Stovall's Plantation (Universe Records, 1966). It was an all acoustic affair. Then, shortly after these tunes were recorded, Waters moved to Chicago, discovered the advantages of the electric guitar and plugged in, and lined up a relationship with Chess Records that changed American music.
Details 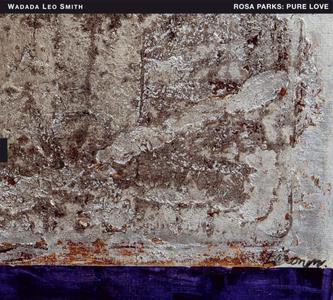 Wadada Leo Smith´s latest album features "Rosa Parks: Pure Love. An Oratorio of Seven Songs,"another extended composition by Smith inspired by the civil rights movement in the United States. This new major work is composed for the iconic civil rights hero Rosa Parks (1913-2005) and performed by three vocalists, a double-quartet and a drummer with electronics. The album is released in February 2019 to celebrate Rosa Parks´ birthday on February 4. 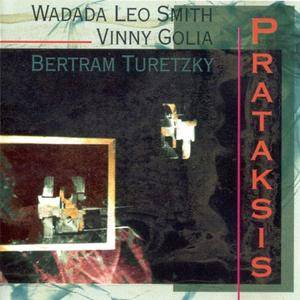 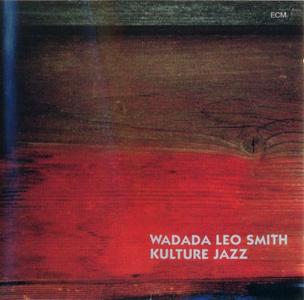 The ECM folks do much better by Wadada Leo Smith than ever before with this solo recording, a true masterwork of its kind and one of the purest, most enlightening demonstrations of the connected natures of folk, blues, jazz, and creative music. That Smith is the man to do this is certainly no surprise; he laid it all down in print years before this release in his self-published books and liner notes. But the way he does it, with so much grace and style (and with the excellent production by Steve Lake), really results in a totally polished statement. It is a deep and rich recording, with Smith playing in a manner that incorporates both versatility and the genius of simplicity, sometimes all in one note. Not just for fans of "out" music, this is one to pull out when you are trying to get friends to go beyond their Phish records.