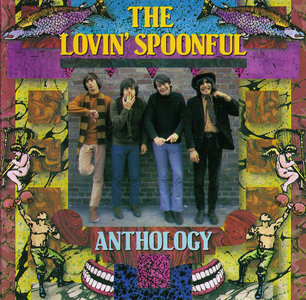 Unquestionably the finest collection of a major band that did much to launch American folk-rock in the mid-'60s. Anthology jams 26 cuts onto a single CD, including all of their hits and some of their strongest album tracks, drawing mostly from their 1965-1966 prime… 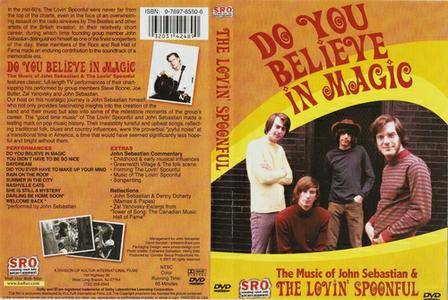 In the mid '60s The Lovin Spoonful were never far from the top of the charts. In their relatively short career, during which time founding group member John Sebastian distinguished himself as one of the finest songwriters of the day, they made an enduring contribution to the soundtrack of a memorable era. Features classic TV performances of their chart hits, contributions from John Sebastian, and an interview with Zal Yanovsky… 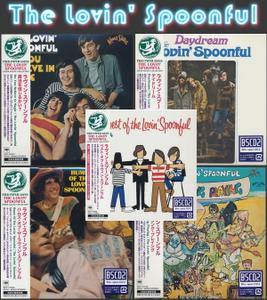 The Lovin' Spoonful is an American rock band which was popular during the mid- to late-1960s. Founded in New York City in 1965 by lead singer/songwriter John Sebastian and guitarist Zal Yanovsky, it is best known for a number of hits which include "Summer in the City", "Do You Believe In Magic", "Did You Ever Have to Make Up Your Mind?", and "Daydream". The band was inducted into the Rock and Roll Hall of Fame in 2000… 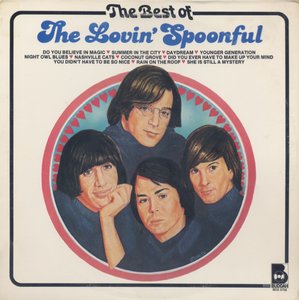 The Lovin' Spoonful had a marvelous run on the pop charts in the mid- to late '60s, and hits like "Do You Believe in Magic," "You Didn't Have to Be So Nice," "Daydream," "Did You Ever Have to Make Up Your Mind," and "Summer in the City"… 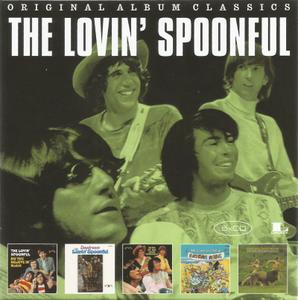 Five CD set containing a quintet of albums from the '60s Pop/Rock legends led by John Sebastian. Includes the albums Do You Believe in Magic, Daydream, Hums of The Lovin' Spoonful, Everything Playing and Revelation: Revolution '69. 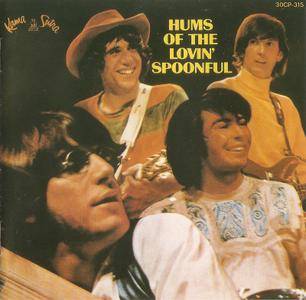 Having released two previous albums and a soundtrack, along with a stream of singles, over the previous 12 and a half months, the Lovin' Spoonful assembled their third regular studio LP, Hums of the Lovin' Spoonful, for release around Thanksgiving 1966. It contained the group's chart-topping single from the previous June, "Summer in the City," along with September's Top Ten hit "Rain on the Roof" (curiously titled "You and Me and Rain on the Roof" on the LP)… 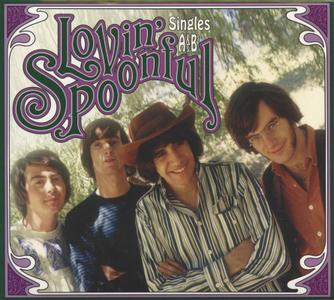 One of the most delightful bands of the mid- to late-'60s, the Lovin' Spoonful, led by John Sebastian's songwriting and singing, had a string of good-time hits in the latter part of the decade, all of which are here, including the classics "Do You Believe in Magic?," "Daydream," and the thundering "Summer in the City," as well as the infectious did/didn't series "Did You Ever Have to Make Up Your Mind?," "I Didn't Want to Have to Do It," and "You Didn't Have to Be So Nice," all three of which have refreshingly simple melodies and approaches… 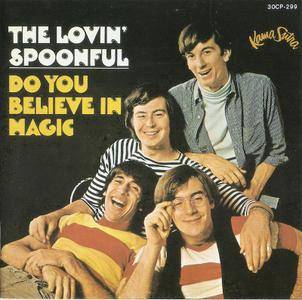 By the time of its release, the Lovin' Spoonful's debut album was already a significant record because of the inclusion of its title track, John Sebastian's timeless anthem to love and music, which had been one of the major hits of the summer of 1965… 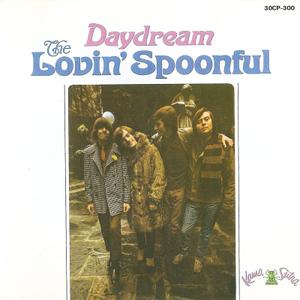 The band's second LP was very strong; this time, most of the tunes are originals, with the exception of a cover of "Bald Headed Lena." Joe Butler and Yanovsky are featured on some lead vocals, and the album includes two more hits, "You Didn't Have to Be So Nice" and "Didn't Want to Have to Do It." 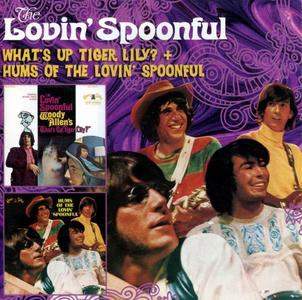 A truly unique and wonderfully American band, the Lovin' Spoonful released nearly all of their creative legacy between 1965 and the end of 1966. The first album, Do You Believe in Magic, hit in 1965, with the second, Daydream, and the third, Hums of the Lovin' Spoonful, arriving in 1966. Also in 1966, the group delivered the soundtrack to Woody Allen's first film, What's Up, Tiger Lily? This set combines that soundtrack with Hums on a single disc, and truthfully, it works mostly because Hums, which contained such classic Spoonful numbers as "Lovin' You," "Rain on the Roof," "Coconut Grove," "Nashville Cats," and "Summer in the City," is such a fine album. Aside from the minor song "Pow" and a redo of "Fishin' Blues," the music on What's Up, Tiger Lily? is of the instrumental soundtrack variety…