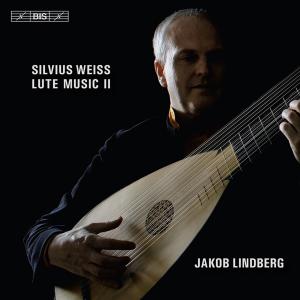 This is now the third disc I have heard by the master lutenist Jakob Lindberg of the eloquent music of Sylvius Weiss. Weiss sweetly combines elegance and sentiment in a manner that is both intellectually and sensually satisfying. To my ears, Lindberg portrays the music perfectly, the sensitive Sarabande in the Sonata in C as well as the ensuing minuet, the tension of the opening of the Tombeau sur la Mort de M. Comte de Logy as well as the devastatingly sober theme. The Tombeau is an almost 12-minute piece at a tempo that crawls rather than walks, and yet it holds the attention. 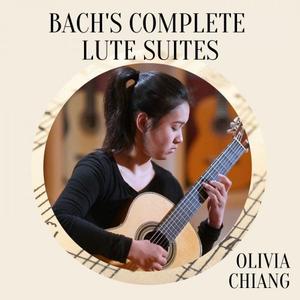 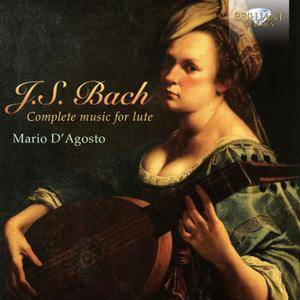 Mario D'Agosto - Johann Sebastian Bach: Complete Music for Lute (2013) 2CDs
EAC | FLAC | Image (Cue&Log) ~ 363 Mb | Mp3 (CBR320) ~ 248 Mb | Scans included
Genre: Classical | Label: Brilliant Classics | # 94408 | Time: 01:46:39
No more than a handful of pieces represent the entire musical heritage for baroque lute by Johann Sebastian Bach – not a lot when we consider the enormity of the composer’s total output. Although it is not known whether Bach himself played the instrument, the seven works which are ascribable to it continue to enjoy extraordinary attention on the part of musicians due to their exceptional quality, and indeed the majority originate from the areas of Germany that were home to the lute’s greatest exponents – musicians who we can be almost certain the composer came into contact with. This recording thus presents four compositions in suite form and three pieces of a different nature, all belonging to the florid repertoire of the courtly Salonmusik that was in vogue among the German upper classes at the time. Performing them is acclaimed Italian lutenist Mario D’Agosto, whose changes in tonality aim to better serve the capacities of the instrument and whose embellishments are testament to the high level of ornamentation which played such an intrinsic role in baroque performance practice.
Details 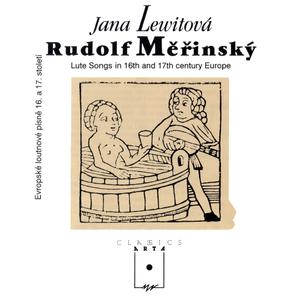 We shall probably never know when it was that a human voice first joined a musical instrument in song. Classical antiquity was familiar with the combination, and though we may feel that the divine Apollo with his golden lyre is not convincing evidence, the poets who accompanied their lyrics with a lyre or kithara in Olympic contests are historically attested. The biblical David with his harp, singing to allay the wrath of King Saul, became the symbol of the human and the divine principles in art. From time immemorial the human voice, a gift from above – from God, Nature or the Fates – accompanied by a musical instrument devised by man (perhaps to feel himself closer to the Creator), has given expression to the inexpressible – the very essence of music. 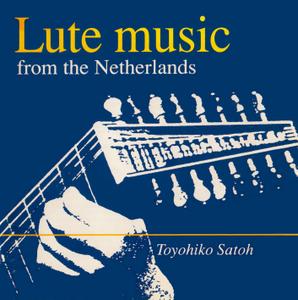 The Japanese lutenist Toyohiko Satoh (佐藤豊彦) is one of the most influential lute players of the last century. Born in 1943, he is now looking back on a career of over 40 years of lute playing, including 35 years teaching as a professor for lute at the Royal Conservatory of Den Haag, the Netherlands. Besides being a performer, he is also composing music for chamber ensembles and solo lute, as well as researching and writing about music. 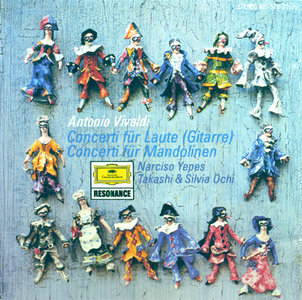 Narciso Yepes was one of the finest virtuoso classical guitarists of the twentieth century, generally ranked second after Andrés Segovia. 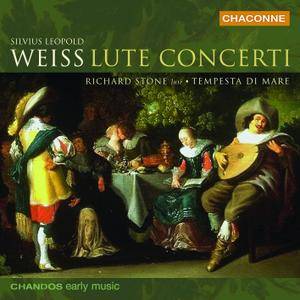 Like Sebastian Bach and François Couperin, Sylvius Leopold Weiss came from and continued a musical tradition. His father was Johann Jakob Weiss, his brother was Johann Sigismund Weiss, and his son was Johann Adolph Faustinius Weiss. Also, like Bach and Couperin, Sylvius Leopold was the most famous member of his musical clan, and during his long and distinguished career he taught a number of students who would become exceptional lutenists, Adam Falckenhagen and Johann Kropfgans among them. Following demands created by his exceptional reputation, Weiss traveled extensively before he settled at the court of Augustus the Strong in 1728; he remained there for the rest of his life. Weiss and Bach certainly met on more than one occasion as the latter visited his son Wilhelm Friedemann and also had an interest in music-making at the Saxon court. As a performer, Weiss was considered the finest of his time and many believed that his ability as a lutenist rivaled that of Bach as an organist and Scarlatti as a harpsichordist. His Berlin colleague, Ernst Gottlieb Baron, mentioned to a “Weissian Method,” probably a reference to his astounding and masterful technique, not to mention his style. Hundreds of Weiss’s works survive, chief among them six-movement sonatas or partitas that follow the accepted blueprint for the genre, i.e., Allemande, Courante, Bouree, Sarabande, Minuet, and Gigue. 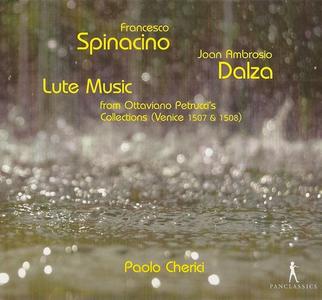 Little is known of Francesco Spinacino and Joan Ambrosio Dalza, the authors of Ottaviano Petrucci’s tablatures which appeared in 1507 and 1508 in Venice. From an instrumental point of view, Petrucci’s collections demonstrate complete mastery of the technical resources of the lute, presenting many virtuoso pieces. They each contain musical material that is different in concept and compositional style. Spinacino favours the vocal production of the Franco-flemish School: Josquin, Brumel, Ockeghem, Ghiselin…transcribing for lute both chansons and sacred motets. 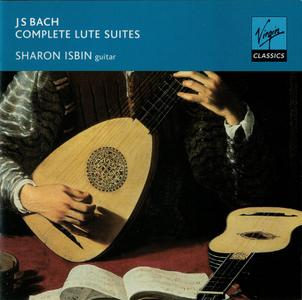 Sharon Isbin is a multiple Grammy Award winning American classical guitarist and the founding director of the guitar department at the Juilliard School. Described by the Boston Globe's Michael Manning as a musician who plays "beyond virtuosity," guitarist Sharon Isbin has been a consistent challenge for critics, who struggle to find the right superlative that would do justice to her exquisite playing. A Renaissance woman of the guitar, Isbin performs worldwide at famous venues, commissions new works from distinguished American composers (more than any other guitarist) for her instruments, collaborates with a wide variety of musicians, and indefatigably searches for new music to play. 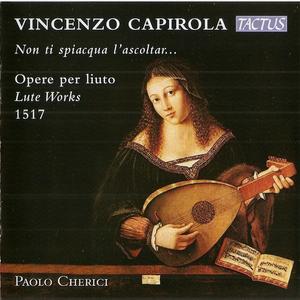 Capirola was one of the finest composers and lutenists of his day and there have been few opportunities to hear a full disc of his music. The background to this collection is fascinating and worth mentioning before we continue. The back of the CD booklet has a beautiful reproduction of a manuscript not surprisingly called the ‘Capirola Notebook’. This is an example of lute tablature in the form of a transcription by Capirola of the mass fragment Qui tolis pechata mondi (sic) from an unnamed Josquin Mass.