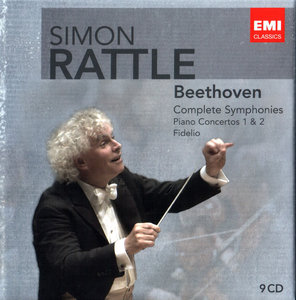 This is the latest and, they tell us, the last of EMI’s Simon Rattle Edition, gathering together the conductor’s complete forays into certain composers and repertoire. As with any such project the sets hitherto released have contained both treasures and duds. Even though not everything here is perfect, this set sends the series out on a high with his complete Vienna recording of the Beethoven symphonies. 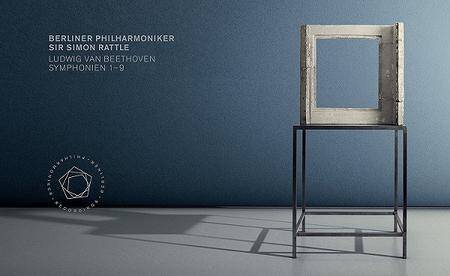 Recordings of all the Beethoven symphonies with their chief conductor are always a milestone in the artistic work of the Berliner Philharmoniker. So it was with Herbert von Karajan and Claudio Abbado, and expectations are correspondingly high for this cycle conducted by Sir Simon Rattle. Where does the special status of these symphonies come from? Simon Rattle has an explanation: “One of the things Beethoven does is to give you a mirror into yourself – where you are now as a musician.” In fact, this music contains such a wealth of extreme emotions and brilliant compositional ideas that reveal the qualities of the orchestra and its conductor as if under a magnifying glass. 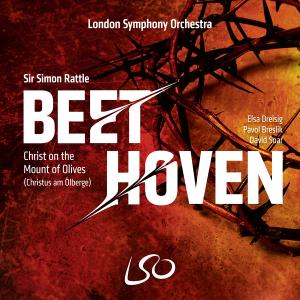 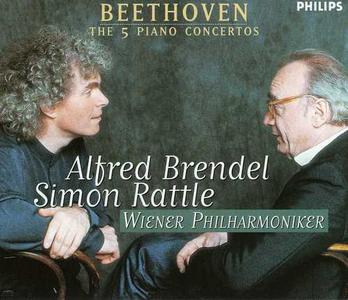 Though some musicians rerecord the same repertoire, refining the same concept over time, Alfred Brendel's Beethoven concertos change significantly with every go-around. One of the defining influences in this latest go-around is conductor Simon Rattle. He's one of the stronger minded and truly collaborative conductors that Brendel has ever had, and his bent toward historically informed performance inspires the pianist to a radical reevaluation, resulting in interpretations that achieve a new level of cogency over his previous take. 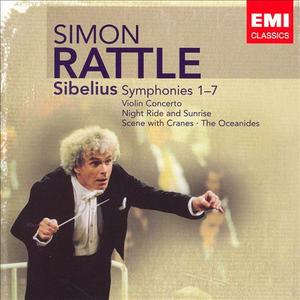 English conductors, including Thomas Beecham, John Barbirolli, Anthony Collins, and Colin Davis, have an excellent track record recording the symphonies of Jean Sibelius. Thus, when Simon Rattle first took a shot at Sibelius with his 1981 recording of the Fifth with the London Philharmonia, hopes were high that the next generation of English Sibelius conductors was ready to take up the torch. 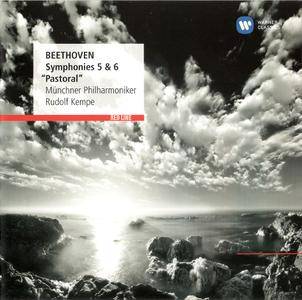 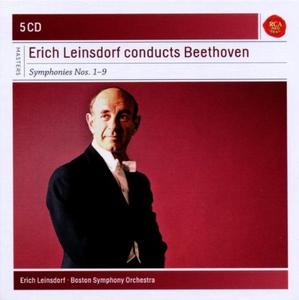 Erich Leinsdorf was an Austrian-born American conductor. He performed and recorded with leading orchestras and opera companies throughout the United States and Europe, earning a reputation for exacting standards as well as an acerbic personality. He also published books and essays on musical matters. 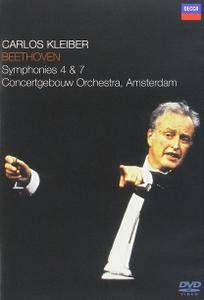 The art of conducting was certainly imbued in Carlos Kleiber's whole persona and these magnificent performances of Beethoven's Fourth and Seventh symphonies find him on home ground with the excellent Concertgebouw Orchestra. Recorded in 1983, these concerts are a final testament to the art of great symphonic conducting and should definitely be in every serious music lover's collection. 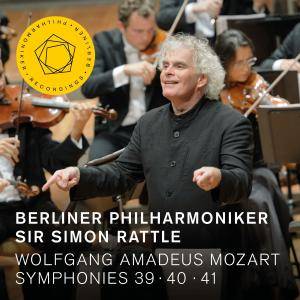 Berlin Philharmonic & Sir Simon Rattle - Mozart: Symphonies Nos. 39, 40 & 41 (2017)
FLAC (tracks) 24-bit/48 kHz | Time - 88:51 minutes | 901 MB
Studio Master, Official Digital Download | Artwork: Digital booklet
Simon Rattle and the Berliner Philharmoniker take on a myth with their complete performance of the last three symphonies by Wolfgang Amadeus Mozart. The full diversity of Mozart’s symphonic style was on display when the Berliner Philharmoniker and Sir Simon Rattle presented the last three of these works at the 2013 season opening concert. It was also a perfect example of the orchestra’s Mozart style which during the Rattle era has seen an increased exploration of historical performance practice. The performances reveal a blend of transparency, orchestral warmth – and the inspiration of the conductor, about whom one critic wrote, “Simon Rattle deeply taps the potential of Mozart’s symphonies. […] He is not just a great musician, but a sentient artist through and through.”
Details 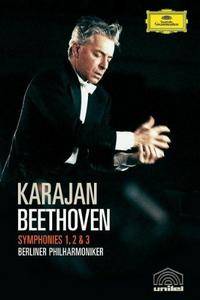 With the Berliner Philharmoniker under Herbert von Karajan, Beethoven's First Symphony is marked by its fire and finesse, the Second by its exquisite winds and strings, and the "Eroica" is played with members of the orchestra seated as though performing in an Ancient Greek theatre.