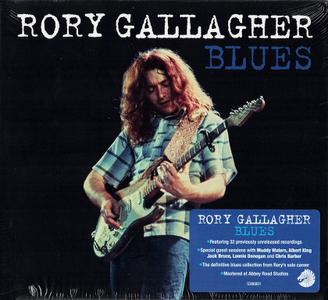 The late Irish blues rocker Rory Gallagher would have been pleased to see the Chess logo embossed on the three-disc Blues, a box of rare, unissued, acoustic, and live recordings. Issued to mark what would have been his half-century as a recording artist, 90-percent of the material here is previously unreleased. The discs are divided thematically: Electric, Acoustic, and Live. The booklet is wonderfully annotated with an authoritative essay from journalist and music historian Jas Obrecht; it places Gallagher in his rightful historical place as an electric blues rock pioneer alongside admirers Eric Clapton, Johnny Winter, Jimi Hendrix, and Peter Green. 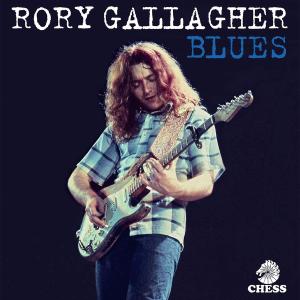 From the vaults of the Gallagher estate’s tape archive comes this collection of rare and unreleased recordings of Rory playing his favourite blues material. Ranging from never heard before tracks to special guest sessions with legendary blues artists (Muddy Waters / Albert King) and lost radio sessions, this album uncovers Rory’s love of the blues throughout his solo career from 1971 right through to 1994. 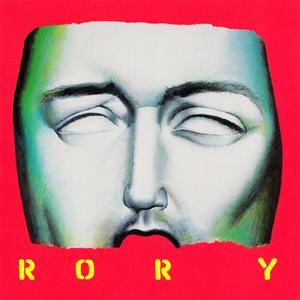 Although best known for his barnstorming blues-rock, Irish guitarist Rory Gallagher had a softer side, too. All of his studio albums contain at least one acoustic folk-blues track, and Gallagher included an unplugged set in the majority of his live shows way before that was fashionable. Almost eight years after his death, Rory's brother Donal compiled a 14-track collection of previously unreleased work dedicated to Gallagher's folkier approach. It's the second such posthumous album (the terrific live and very electric BBC Sessions came out in 1999), and focuses on an important if lesser recognized aspect of the guitarist's career. It's also an eclectic set that shifts from melodic ballads ("Wheels Within Wheels") to instrumental modified flamenco ("Flight to Paradise" with classical guitarist Juan Martin) and solo Delta blues (a studio take of Tony Joe White's "As the Crow Flies," the live version of which was a highlight of Irish Tour). And that's just the first three songs. 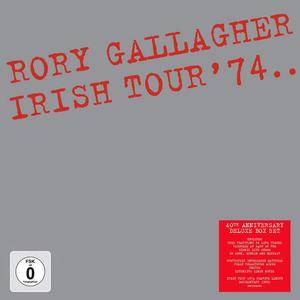 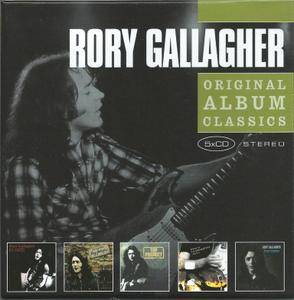 The Original Album Classics series, courtesy of Sony/BMG, packages together five classic albums from one of the most popular artists on the label's roster, housing them in an attractive slipcase. This set from the Irish guitar legend features the albums Deuce (1971), Calling Card (1976), Top Priority (1979), Jinx (1982) and Fresh Evidence (1988). 56 tracks. 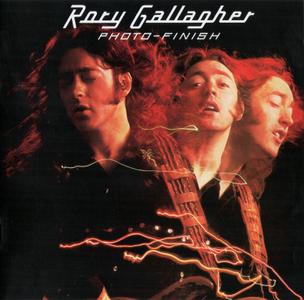 Remixed and expanded (with two additional tracks recorded but chopped off the vinyl version) for its debut on CD in 1999, this is a sturdy, workmanlike Rory Gallagher release. Reverting back to a trio, Gallagher toughens up his sound and blazes through some robust blues rockers like "Last of the Independents," "Shadow Play," and "Brute Force & Ignorance" (one of his best hard rock riffs) with nervy energy. Gallagher's swampy side emerges on "Cloak & Dagger," another song that explores his fascination with B-movie gumshoes, a common theme for the Irish blues-rocker. His guitar work is typically excellent throughout, especially on "Overnight Bag," as he overdubs himself on acoustic. 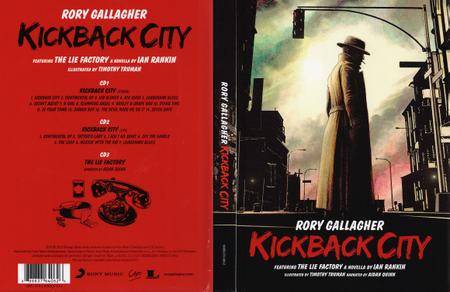 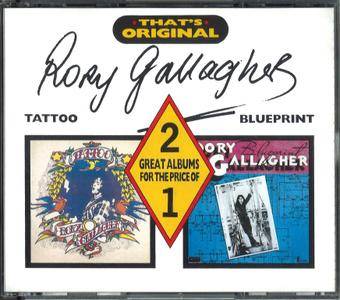 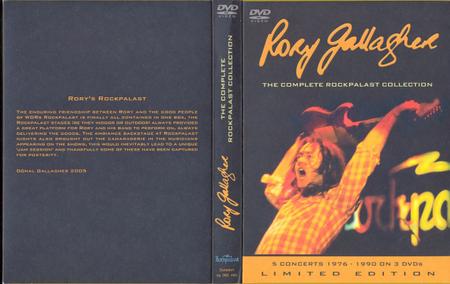 he enduring friendship between Rory and the good people of WDR's Rockpalast is finally all contained in one box. the Rockpalast stages (be they indoor or outdoor) always provided a great platform for Rory and his band to perform on, always delivering the goods. The ambience backstage at Rockpalast nights also brought out the camaraderie in the musicians appearing on the shows. This would inevitably lead to a unique 'jam session' and thankfully some of these have been captured for posterity. 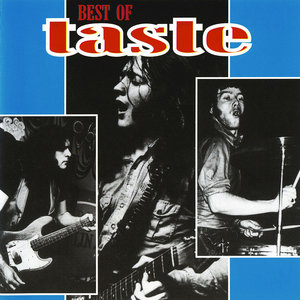 A well-chosen retrospective, mostly drawn from the band's two studio albums. Not in the upper echelon of British blues, but not far from that level either, showing Rory Gallagher capable of a wider compositional and interpretive range than some listeners may recall.