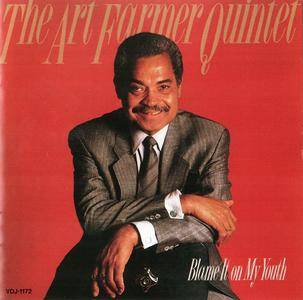 This is one of the better Art Farmer recordings of the 1980s, which is saying a great deal, for the flugelhornist is among the most consistent of all jazz musicians. The two ballads that open and close this set ("Blame It on My Youth" and "I'll Be Around") give Farmer an opportunity to display his warm and attractive sound (with fine support from pianist James Williams, bassist Rufus Reid and drummer Victor Lewis), while the other five pieces (Benny Carter's "Summer Serenade" and more obscure material) add the great tenor saxophonist (and so-so soprano player) Clifford Jordan to the group. It's an enjoyable and very successful outing. 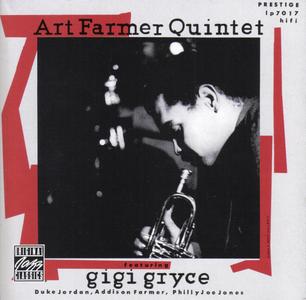 Seminal early work from Art Farmer – and one of the first full albums to capture his brilliance! The record has Farmer playing in a quintet, with able accompaniment from Gigi Gryce, a young newcomer at this point, with a post-bop complication to his style that was not to dissimilar from Farmer's. Gryce's mode is perhaps a bit more academic than Farmer's, but Art's lyricism offsets that tendency nicely, and the pair work together in a mode that's every bit as pleasing as Gigi's work with Donald Byrd. The set features some great tracks in sort of an exoticist hardbop mode – and titles include "Satellite", "Shabozz", "Sans Souci", and "Evening In Casablanca". 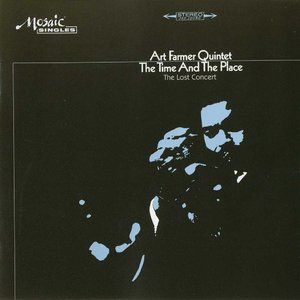 Art Farmer Quintet - The Time And The Place/The Lost Concert (2007) {Mosaic Singles}
EAC Rip | FLAC with CUE and log | scans | 454 mb
MP3 CBR 320kbps | RAR | 158 mb
Genre: jazz
The Time And The Place/The Lost Concert is a 2007 Art Farmer Quintet CD released through Mosaic Singles. Three of the songs were released on the 1982 Columbia album The Time And The Place. The songs were said to be recorded live but they were actually recorded in the studio with canned audience. The remainder of the songs, from the same session, were unreleased. The tracks were recorded in 1966 and tracks 5-7 were originally released in 1967
Details 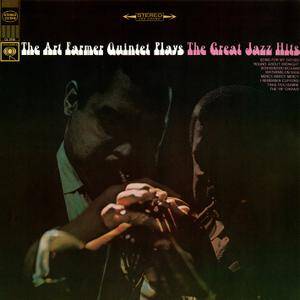 The Art Farmer Quintet - Plays The Great Jazz Hits (1967/2017)
FLAC (tracks) 24-bit/192 kHz | Time - 45:44 minutes | 1,68 GB
FLAC (tracks) 24-bit/96 kHz | Time - 45:44 minutes | 1008 MB
Studio Master, Official Digital Download | Artwork: Front cover
The title of this reissue LP is a bit ironic for jazz was really struggling commercially in 1967 and the "hits" were few and far between. In fact flugelhornist Art Farmer, who leads the notable hard bop quintet, would be moving to Europe the following year where he would work much more often than he had in the U.S.
Details Reissue with the latest DSD remastering. Although flugelhornist Art Farmer permanently moved to Europe in 1968, he has returned many times to the United States to play. For this live LP (recorded for East Wind and released domestically by the defunct Inner City label), Farmer joins up with tenor-saxophonist Clifford Jordan, pianist Cedar Walton, bassist Sam Jones and drummer Billy Higgins for lengthy versions of Charlie Parker's blues "Barbados," "I Remember Clifford," "'Round Midnight" and "Will You Still Be Mine." The group had not rehearsed beforehand but rehearsals were not really needed for these hard bop veterans and even an uptempo version of the ballad "Will You Still Be Mine" comes off quite well. 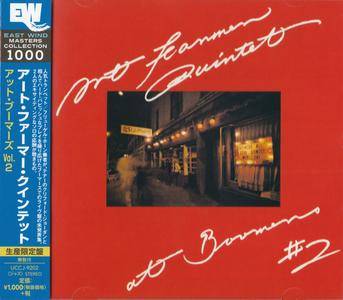 Reissue with the latest DSD remastering. This exciting live set by Art Farmer is also culled from the same 1976 performances as the earlier album Live at Boomer's. Although the full quintet had not rehearsed prior to the engagement with Clifford Jordan (the rhythm section, consisting of Cedar Walton, Sam Jones, and Billy Higgins, had been working together with Farmer for over a year), the sparks fly as they stretch out on each of the four tracks present. 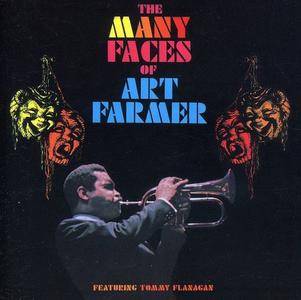 First time on CD for the album the Many Faces of Art Farmer (1964) plus Mundell Lowe's arrangement of Gershwin's Porgy & Bess (1958) featuring Art Farmer and Ben Webster. On the Many Faces Of…, Farmer surrounded himself with splendid musicians like alto saxophonist Charles McPherson, pianist Tommy Flanagan and bassist Ron Carter. As a bonus to this outstanding LP, we have added another equally rare album. Although this selection of tunes from Gershwin's Porgy & Bess was arranged by guitarist Mundell Lowe and originally released under his name, both Art Farmer and Ben Webster shine on it as featured soloists. 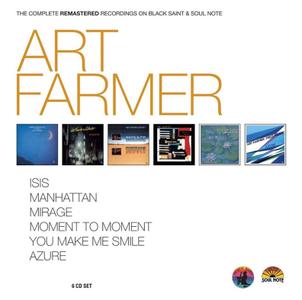 In an illustrious recording that spanned 50 years (1948-98), art Farmer seldom failed to impress. Whereas his contemporaries were obsessed with speed, having heard Freddie Webster, Farmer decided to concentrate on perfecting his already warm and melodic sound which would became even more personalized when switching to flugelhorn in the early 1960s. From 1966, farmer divided his time between New York and Wien. So high was his profile in Europe that from 1981 until 1987 he recorded five albums for BlackSaint/Soul Note (including one with the reassembled Jazztet) plus a duo with pianist Enrico Pieranunzi. 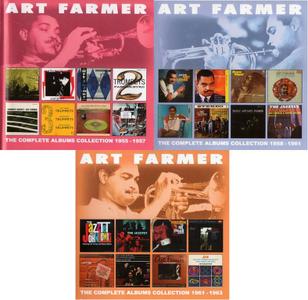 With a lyricism and warmth to his sound that was without equal, Arthur Stewart Art Farmer will always be remembered as one of the finest trumpet and flugelhorn players in jazz. Continually evolving in style and approach throughout his career, his playing was noted for its distinctive phrasing, letting the beat run ahead of him rather in the manner of Billie Holiday's vocals". Farmer produced a number records that remain among the most defining of the jazz genre, and which often featured him performing alongside other legendary musicians, including Benny Golson, Gigi Gryce, Horace Silver, Jim Hall and Sonny Rollins. 1961 saw one of the most important shifts in Art Farmer s career. Having played primarily trumpet up until that point, Farmer switched to the softer tone of the flugelhorn, and for the rest of his life it would remain his instrument of choice. 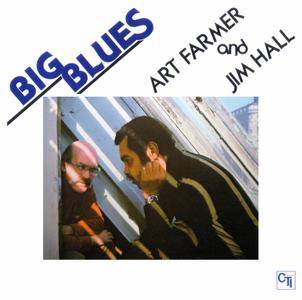 Art Farmer and Jim Hall - Big Blues (1978/2013)
DSD64 (.dsf) 1 bit/2,8 MHz | Time - 34:46 minutes | 988 MB
FLAC (tracks) 24-bit/88,2 kHz | Time - 34:46 minutes | 673 MB
Studio Master, Official Digital Download | Artwork: Front cover
"Big Blues" finds flugelhornist Art Farmer and guitarist Jim Hall pairing up for one of their first sessions together since their collaborations in the mid-60s and they literally don't miss a beat. The unique quintet project is rounded out by Mike Mainieri (vibraphone), Michael Moore (bass) and Steve Gadd (drums) and the results are as relaxed as they are lyrical.
Details